This map proves U.S. internet infrastructure is even worse than we thought

“Broadband is no longer nice to have. It’s need to have.” 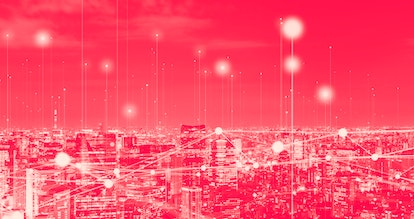 We like to think of the internet as a supremely easy way to connect to people all over the world, and in many regards this is true. For many, though, high-speed broadband is either unaffordable or completely unavailable. Not convinced? Take a look at this interactive map from the U.S. Department of Commerce’s National Telecommunications and Information Administration (NTIA) (h/t Gizmodo).

You can zoom in on any U.S. location with the map, but the problems here are immediately clear from just a general overview of the country. See everything marked in red in that screenshot above? Yeah, none of those areas meet the FCC’s minimum recommended broadband speeds.

Given that the FCC’s benchmark is pretty low — just 25Mbps down and 3Mbps up — this is pretty terrible. No, that’s an understatement — it’s a total failure. The many, many red areas on the map just have no access to high-speed internet at all.

In a press release about the map, acting FCC chairwoman Jessica Rosenworcel writes about the pressing need for improved internet infrastructure across the U.S. “Broadband is no longer nice to have. It’s need to have,” she says. “To ensure that every household has the internet access necessary for success in the digital age, we need better ways to accurately measure where high-speed service has reached Americans and where it has not.”

So much red — The “Indicators of Broadband Need” map is probably the most comprehensive and accurate look at internet access ever created. The NTIA collected data from a bunch of internet organizations to make the map — speed-test companies M-Lab and Ookla contributed, as did the FCC, Microsoft, and the U.S. Census Bureau.

The NTIA created this map in the hopes that it would illuminate just how poor the country’s internet access really is. In that, it’s quite successful. The map is also uniquely intersectional; you can look at where high levels of poverty intersect with poor broadband access, for example. It paints a very bleak picture.

Satellites might help — Internet companies and government organizations alike are in hot pursuit of solutions for this problem. But conflicting views on how best to do so — and who should pay for it — have long stagnated these talks. President Biden wants more publicly funded internet, for example, but cable companies and Republicans would really rather that not happen.

One solution that’s seen renewed interest in the last few years is launching broadband satellites into space. SpaceX’s Starlink program has already begun broadcasting internet connectivity to underserved areas, and its speeds are well above the FCC’s minimum benchmark. Amazon is launching its own satellite internet program, and even the U.S. military is trying to get in on the hype.

These programs are definitely improving internet access in some areas, but there’s a long road ahead for full adoption of them. Even that long road will likely move more quickly than the U.S. government, though…so really it’s anyone’s guess as to how we’ll actually bring broadband to the masses.