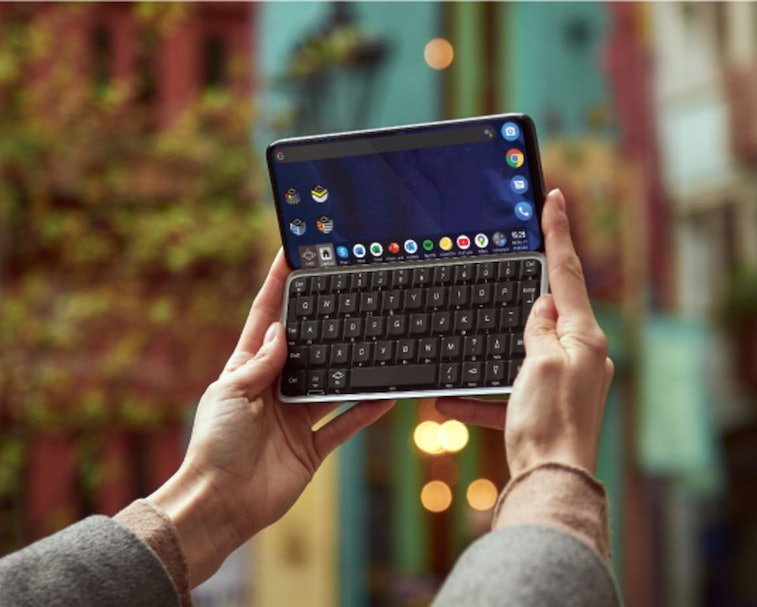 UK-based smartphone maker Planet Computers has set June 2021 as the release date for its new Astro Slide 5G Transformer. A successor to the Cosmo Communicator and Gemini PDA, the Astro Slide is Planet's first slide-out QWERTY smartphone with support for 5G networks. The phone runs Android 11 but allows users to replace the OS or install other operating systems alongside it.

Planet Computers specializes in clamshell-style smartphones with full physical keyboards. It calls them "PDA smartphones," appealing to customers who feel they type better on a QWERTY and miss the pleasure of true clicky feedback.

Niche appeal — Smartphones that try to revive the physical keyboard have come and gone over the years — BlackBerry attempted with a line of lackluster Android phones, first under its own company before selling the brand to TCL, which also failed to make a splash. That suggests that people don't care about physical keyboards as much as they might say.

Digital keyboards are simply faster and more agile. People increasingly express their feelings using emoji, for instance, which could never fit on a QWERTY. Especially for people born into the smartphone age, the physical keyboard has little appeal.

But surely there are enough keyboard loyalists out there to support Planet's niche business. The company was able to crowdfund $2.5 million for its Gemini PDA.

Downgraded specs — The new release date for the Astro Slide is later than expected, but Planet has also made some changes to the phone itself. On the front is the same 6.39-inch AMOLED display but with a new 13-megapixel front-facing camera (up from the planned 5-megapixel) while the rear camera remains a 48-megapixel shooter. The RAM has gone up from 6GB to 8GB. Otherwise, the phone has some notable specs including 128GB of storage, a microSD slot, and even a 3.5mm headphone jack.

One potential disappointment is that the processor has been downgraded from a MediaTek Dimensity 1000 to the 800 variant. Planet says actual performance shouldn't be diminished though, besides the loss of Wi-Fi 6E support and Bluetooth Low Energy Audio.

If you want an Astro Slide, you can pre-order one on Indiegogo for $644.