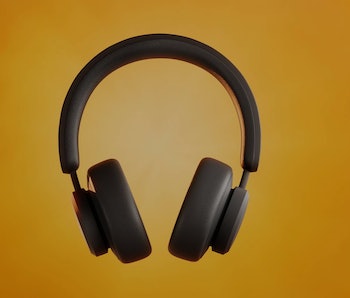 Just in time for summer, Swedish audio company Urbanista has announced the Los Angeles, a pair of wireless over-the-ear headphones that can operate completely on solar power.

The headphones use a solar cell material called Powerfoyle, which Urbanista says gives them three hours of playback time after only an hour under sunlight. They’re set to cost $233; Urbanista hasn’t yet confirmed a release date.

More than a gimmick — Of course, solar-powered headphones are a novelty if they don’t perform well playing music. Thankfully the Los Angeles isn’t a one-trick pony. Urbanista says they come with 40mm drivers and 20Hz to 20kHZ frequency response. They also have a built-in microphone with support for Google Assistant, Bluetooth 5.0, and on-ear detection so playback pauses when you take the headphones off. There’s even active noise cancellation (ANC) for when you want to silence distracting outside noise.

The Los Angeles appears similar to Urbanista’s Miami headphones, which received strong reviews thanks to their bass-rich sound, long battery life, and aesthetically pleasing design. So while the Swedish company isn’t exactly a household name, it’s definitely proven itself capable of making a good product. $233 isn’t bad either as compared to similar products on the market.

Range anxiety — Solar energy is intermittent — it’s not always sunny out. And not everyone can live in actual Los Angeles. But Urbanista says the headphones are even supposed to get two hours of charge for every hour spent outside under cloudy weather, and charge from indoor light. If you really aren’t near a good light source, you can always just charge the Los Angeles’s internal 750mAh battery like normal over USB-C.

You could imagine leaving the Los Angeles headphones beside your window when you’re not using them, just like plugging anything else into an outlet to charge — except you know that you’re not drawing energy from a power grid that is likely using dirty fuel sources. And they’re still constantly charging while you’re walking around outside and listening to jams.

The constant charging of the Los Angeles should ensure that battery life is never really a concern, a welcome feature for anyone who’s been left stranded out in public with dead headphones and had to suffer through the pain of listening to their own thoughts.