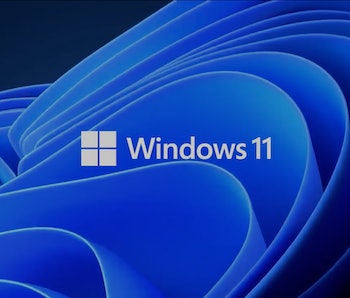 Microsoft finally unveiled its next full operating system update today, complete with a substantial redesign and full native support for Android apps. Windows 11 will be Microsoft’s first full OS release since 2015 — which means PC users have been fumbling around on the same operating system since before Trump even won the Republican primary.

Where Windows 10 veered Microsoft away from the tablet-oriented features first introduced in Windows 8, this year’s release takes on an entirely new feel for the Windows ecosystem. We haven’t seen all the tricks up Microsoft’s sleeves for Windows 11 just yet, but it’s already evident the OS will introduce some features that generally improve the quality of life for Windows users.

We’re not entirely sure yet when Windows 11 will be released to the general public — Microsoft said Windows Insider users will have access to a beta version (Insider Preview build) starting next week, but did not mention a wider release date. The newly created Windows 11 FAQ page says the upgrade rollout for Windows 10 users is still being finalized with an expected release of “early 2022.”

Microsoft also made big news today by announcing Windows 11 will be available as a free upgrade for existing Windows 10 users. But the question remains: Will your PC be beefy enough to run the next-gen operating system?

Most recent PCs will be fine — If you’re already working on a (relatively new) Windows 10 PC, we have some good news — there’s a good chance you’ll be able to upgrade to Windows 11 without a hitch. Or at least that’s what Microsoft is saying.

The minimum system specs needed to upgrade to Windows 11 are:

These specs are pretty standard for a PC manufactured in the last couple of years, but some older machines might not quite meet the mark. Windows 10 could run on 32-bit architecture with just 1GB of RAM, for example, while Windows 11 will not even install on a machine with those specs.

Internet required (really) — Other than RAM and a small hard drive, the biggest barrier for users looking to upgrade to Windows 11 will likely be the need for an internet connection and a Microsoft account. This is a significant shift from Windows 10, which could be installed via disc or USB without a steady internet connection, therefore making it more accessible to users around the world.

With Windows 11, Microsoft is listing an internet connection as a minimum requirement. It’s unclear whether or not Microsoft will eventually sell Windows 11 packaged in physical form. For the many, many people living without broadband access, this could mean being locked out of Windows 11 entirely.

If you’re already running Windows 10, you can run Microsoft’s PC Health Check App to figure out whether or not your machine will meet Windows 11’s demands.