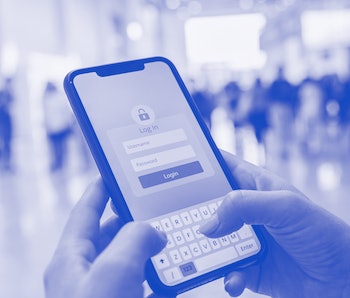 As first covered by 9to5Google, in an unusual bout of personal computing bipartisanship, iCloud loyalists who also use Google's Chrome browser can now share passwords from their Keychain between Windows and Mac devices. And it's all thanks to a new browser extension that's now available in the Chrome Web Store.

Now, anyone using Safari to auto-generate passwords will be able to access them from Chrome (or, from other Chromium-based browsers that support Chrome extensions, like Microsoft's Edge). It's a welcome addition because we should all be using password managers. Now, if only our Chrome passwords could be seamlessly moved to our Apple Keychain, but perhaps someone will do that next.

We knew it was coming — Although the service, iCloud Passwords, is out now, the addition was actually leaked last week via a Windows 10 iCloud update that advertised "Support for iCloud Passwords Chrome Extension” as a new feature before any official announcement or release.

The introduction of the iCloud Passwords extension is a welcome surprise from Apple, which has tended to continue trying to push its own Safari browser and has limited cross-OS support... it's called the "walled garden" for a reason.

Despite these efforts, though, Google's Chrome remains the most prominent browser choice for most people with recent statistics showing 48% of the market goes to Google, while Safari trails far behind at 35%, despite Apple adding features like its own third-party cookie blocking last year.

Passwords are still the problem — Meanwhile, competitors like Microsoft think we all need to be planning for a different route. For some time now, the company has pushed for a passwordless future, envisioning the rise of alternatives like the FIDO2 security key, PINs, and the increased use of biometric data... which makes sense, given problems with security on its own Teams product.

Still, none of this is 100% impervious, unfortunately. Just take Google's Titan security key, for instance, which can still be cloned in certain circumstances (though, granted, not easily). The bottom line is, while there have been some great strides in cybersecurity in recent years, you can rest assured that others are working on keeping up with those very changes. In the meantime, extensions like iCloud Passwords make a huge difference for consumers, not only in terms of the odds of them following sound security practices, but also in terms of convenience.