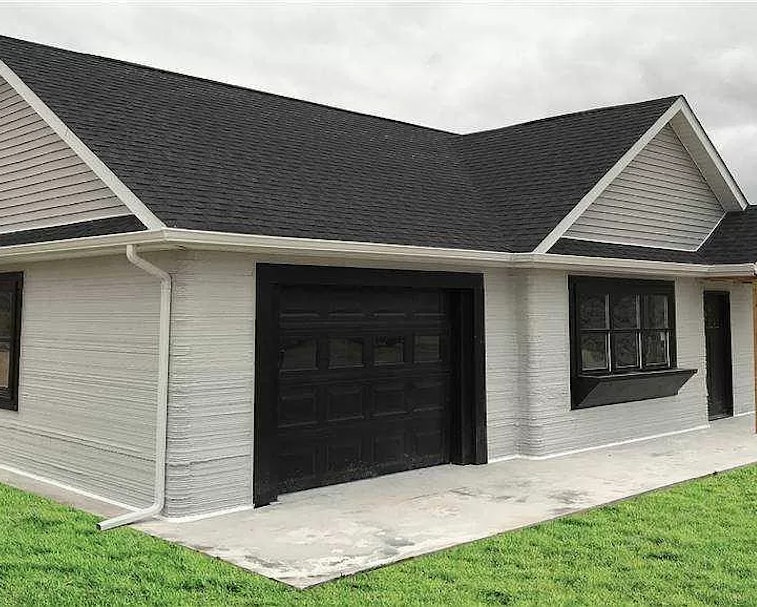 One of the promises of 3D-printing is its potential to bring down the cost of manufacturing, which has made the possibility of printing actual homes a tantalizing one. A company called Mighty Building was established to do just that, and now a listing has been spotted on Zillow for a new home that is almost entirely made of 3D-printed pieces.

You'll still need a mortgage — The single-family home is located in Riverhead, New York, and was built over about a year by SQ4D, a company that has developed an "autonomous robotic construction system" (ARCS). The technology is supposed to drive down construction costs by making homes faster and increasing safety due to less reliance on human workers (yes, that part is unfortunate). The "printed" concrete is also reportedly twice as strong as standard industry requirements.

In terms of practical details, the 1,400 square-feet home features three bedrooms, two bathrooms, a detached two-car garage, all on a quarter-acre lot. For $300,000 it's not a bad deal. Redfin data indicates the average home price in the Riverhead is more like $448,000.

Hopefully, in future the costs will fall even further as the technology becomes more commonplace. Often, though, you're paying as much for the location of the land as you are for the house itself, so in this case, we have to wonder how much of that price is down to location.

New, more affordable manufacturing techniques could find applications in low-income housing development, or as a way to quickly scale up homeless shelters in places that desperately need them.

Supersized printer – The picture above shows the home during the construction process; that huge metal contraption is a gantry-style 3D printer on rails. So, not exactly a hobbyist's 3D printer. The Riverhead home was built right on-site, rather than constructed in pieces and transported from a warehouse as some companies are doing.

The finished home itself looks pretty normal on the outside, though you can see that texturing of lines on the outside walls that comes from layering the concrete as the print head repeatedly passes over the same area. According to SQ4D, the home's foundation, footings, and walls were all printed, though the roof and some other sections were made using traditional methods.

If you want to get a better idea of how the home was constructed, YouTuber Jarett Gross has posted a series of videos detailing the process.