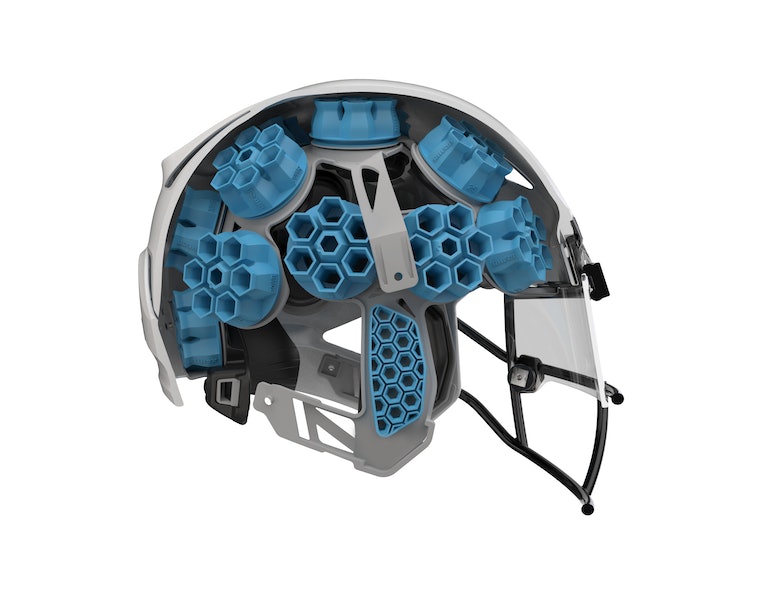 The NFL has awarded $1.37 million through its Helmet Challenge to four groups developing 3D printed helmets meant to reduce player concussions, 3D Printing Industry reports. The Helmet Challenge is one piece of the NFL's broader Engineering Roadmap, a $60 million effort to improve understanding of head injuries in professional football. Scrutiny has intensified in recent years over the high rate of concussions amongst players, which can lead to detrimental health effects — both mental and physical — that last long after a player leaves the league.

The NFL says the best prototype from the Helmet Challenge will be worn by players once it has proven to outperform anything currently in use, with an aim of implementing the new helmet by July 2021. The NFL is still taking applications for the contest through June 2021, and will continue providing funds to further development of the best designs.

3D printing is finding its applications – The big innovation amongst all the groups named is the use of 3D printing to customize a helmet's protective padding for each individual player. With 3D printing, designers can create flexible, three-dimensional lattice structures that aren't possible to make with a traditional method where rubber is poured into a mold. These lattice structures can be thicker around sensitive areas of the skull, and thinner, or less protective in areas where it's not as crucial.

Despite initial enthusiasm for 3D printing technology, it's yet to find mass-market applications. When small, desktop 3D printers arrived on the market the areas that people would eventually be able to print replacement parts for appliances or custom items for their hobbies, but with most printers only being able to use a single material, that optimism hasn't turned into reality. The technology is, however, finding itself well-suited to various commercial sectors, including custom automotive manufacturing and medicine. The ability to create custom helmets falls firmly into the second category.

The designers of these Helmet Challenge prototypes are partnering with 3D printing companies (or "additive manufacturers" as they're known in the industry) including EOS and BASF, with the latter even creating its own flexible foam material as part of the initiative. Another additive manufacturer, Impressio in partnership with the University of Colorado Denver has designed a helmet it says is safer, lighter, and more comfortable than anything in use today.

Playing defense – Recent documentaries such as Killer Inside: The Mind of Aaron Hernandez and the movie Concussion starring Will Smith have brought more attention to the NFL's concussion crisis. CTE, or chronic traumatic encephalopathy, is caused by repetitive brain trauma and has been linked to a progressive decline in memory and cognition, as well as depression. Numerous recent studies have identified CTE in former football players.

The NFL was long resistant to taking action. Football is, after all, an inherently violent sport with lots of full-on contact and intense collisions. And football is an American past time. The league appears to be trying to get ahead of any further backlash, though, with these and other contributions to CTE research.