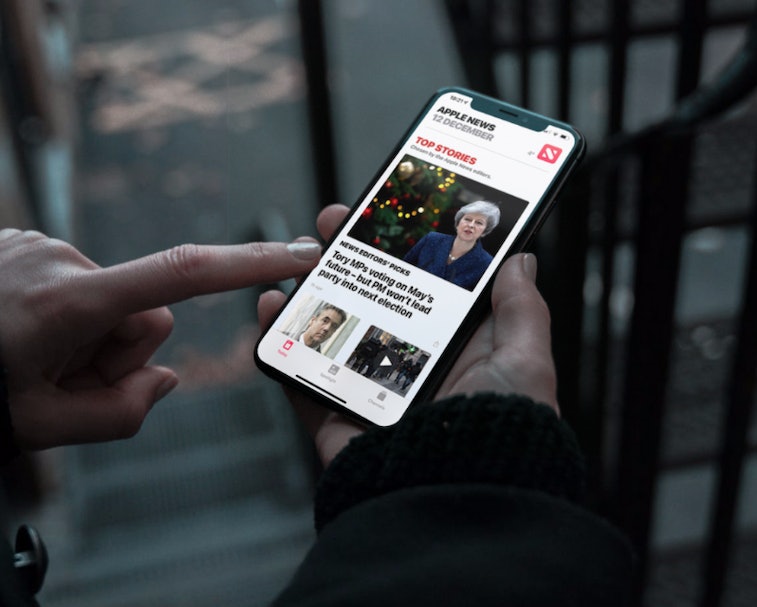 On Monday, The New York Times announced its stories will no longer appear in Apple News. The publication was one of the first to sign onto the service when it launched in 2015, but the company says the venture has proven futile for driving revenue. Apple News reportedly doesn’t get enough readers out of the app and on the Times' website in a time where the publication is focusing heavily on subscriber growth.

The experiments are over — When The NYT gave Apple News a chance in 2015, it was already building out an in-house advertising agency called T Brand Studio. In a world where Google and Facebook dominate digital advertising revenue, the agency became a force for branded content and quick-turnaround ad campaigns. These two experiments were meant to drive subscriptions and obtain more transparency in the ad-buying process.

Now it’s clear that Apple’s ecosystem isn’t pushing enough readers to the publication itself and the cost of Apple’s cut just isn’t worth it. On top of mediocre advertising revenue, Apple takes 30 percent for in-app subscription purchases and 50 percent of the Apple News+ subscription pool shared with other publishers. Given how much Apple News+ would undercut direct subscription prices, NYT never became a partner.

This news comes on the heels of the NYT laying off the bulk of its ad division last week, citing the pandemic and a desire to focus on subscriptions. The layoffs were expected based on second-quarter numbers which saw ad revenue free falling while subscriptions reached new highs — even with relaxed paywalls on coronavirus content.

A closed ecosystem by any other name — The New York Times seems intent on creating its own walled garden using the power of its millions-strong subscriber base, which accounts for two-thirds of its revenue. Despite a declining focus on advertising, the publication still holds an interdepartmental push to ax third-party ad targeting by 2021. Instead, it’s building its own first-party targeted solution based on subscriber data to be used by what’s left of its ad division to “fund quality journalism.”

Only organizations of The NYT's scale have the luxury of building their own ad sales departments or saying no the likes of Apple News. For the rest, like The Wall Street Journal, survival often means relying on the largesse of a billionaire benefactor. It's not all sour grapes, though. The Times says it will continue to work with Apple on other content, like podcasts.