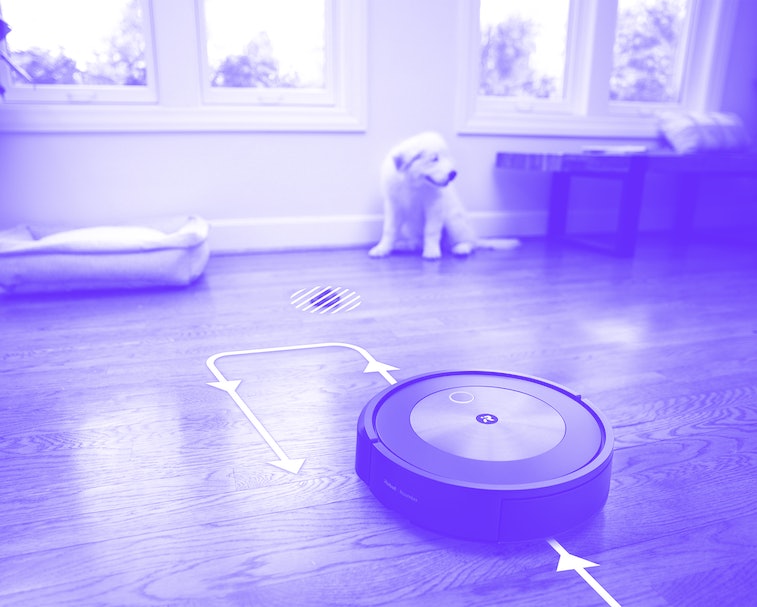 The poopocalypse is finally over. Yes, you heard us right. The latest Roomba model will actually avoid dog poop, rather than running through it and spreading it all over your carpets. This might just be the best use case for artificial intelligence we’ve ever seen.

There’s just one catch: Only the premium version of the new Roomba — the j7+ — will have onboard AI to move around the poop. And it retails for $850.

That price is steep, especially given that plenty of other autonomous vacuums exist on the market at much lower retail costs. Those who choose to invest that cash in their robot vacuum will be rewarded with far fewer shit smudges across their carpets, though. Guaranteed to not act drunk or the next one’s free.

The future of poop detection — The j7+ is iRobot’s first device to boast something called “PrecisionVision Navigation,” which is the company’s way of saying it uses computer vision to detect obstacles in its path and re-route accordingly. The AI won’t just avoid obstructions — it’ll actually alert you to them as well, and then after the cleaning job, you can list them as temporary or permanent.

After the mess created by the “poopocalypse”, iRobot spent a lot of time specifically training the j7+’s vision systems to recognize piles of the stinky stuff and avoid it at all costs. The team reportedly used pictures of Play-Doh to build up the j7+’s image banks. Talk about creative problem-solving.

The j7+ also includes the majority of other smart features that iRobot has introduced over the years, including the Genius 3.0 software. The Roomba app can now estimate cleaning times and even auto-clean over long periods of time across multiple rooms.

It’s all about the P.O.O.P. — The j7+’s poop-detection skills sound impressive, but they’re still very new, and iRobot recognizes that pet owners might worry the $850 investment isn’t worth the risk untested. So iRobot created the Pet Owner Official Promise (that’s P.O.O.P., for those keeping track at home), which offers buyers a free replacement vacuum if theirs runs over poop in the first year of ownership.

That guarantee should make it a little less worrisome to hand over $850 for a little cleaning robot. To be fair, the j7+ isn’t even the most expensive robot vacuum on the market. The Roomba s9+ is $1,299 and doesn’t even include obstacle detection.