The new iPhones won't come with a charging adapter 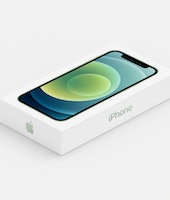 Apple announced the next generation of iPhones today at its live-streamed event — and it also confirmed what won't be coming in the box. In the case of the iPhone 12 and the iPhone mini, Apple won’t be including a charging adapter with your purchase.

The move follows a similar one announced by Apple at last month’s event — that the new Apple Watch wouldn’t be including a charging adapter in the box, either. In both cases, customers will still receive a charging cable, but you’ll have to buy a wall adapter separately. The same goes for the now-classic EarPods which won't be included either.

In the case of both the Watch and the new iPhones, Apple says the removal of the charging adapter is a sustainability move. That may be true — but for new iPhone buyers, it will also constitute an extra barrier to entry.

Saving the planet — and money, too — Apple has been taking pretty big steps toward a more sustainable future. The company is using more recycled earth elements than ever, its offices and data centers are running on renewable energy, and by 2030 the company hopes to be completely carbon neutral.

The manufacture of wall adapters is a process that inevitably creates carbon and contributes to climate change. In order to keep up with its carbon-neutral goals, Apple needs to buy carbon offsets in accordance with this output. Because Apple fronts the bill for the free adapter included in the box, the cost is double for the company — the carbon plus the adapter itself. Cutting the free adapter saves Apple more than a pretty penny.

Some numbers — Apple used some pretty impressive data to back up its announcement about removing the charger. Apple has shipped more than 700 million lightning headphones since they were introduced; users own more than 2 billion charging adapters.

Removing the free charger will save a total of 2 million metric tons of carbon — the equivalent of 450,000 cars’ outputs — per year. The lack of a charger will allow the iPhone box to be smaller than ever — allowing Apple to fit 70 percent more products on each shipping pallet.

How will this affect customers? — Apple will obviously benefit from cutting the free adapter. For customers, it will really come down to whether or not they’re new iPhone users.

Long-time Apple fans — or even those who are just upgrading from the previous generation — already have at least one wall adapter. The adapter itself doesn’t change from generation to generation, so getting a new one every time you upgrade quickly becomes redundant. They gather dust, more than anything else.

But those switching from Android or purchasing their first smartphone won’t be so lucky. They’ll need to put down an extra $20 for an adapter — more if they want a backup to throw in their backpack.

Apple’s iPhone 12 is by far the most sustainable iteration of the smartphone yet. It’ll still come with a USB-C charging cable — so users won’t be left entirely in the cold. And, even if some will be unhappy with the extra cost, the carbon saved is pretty monumental.