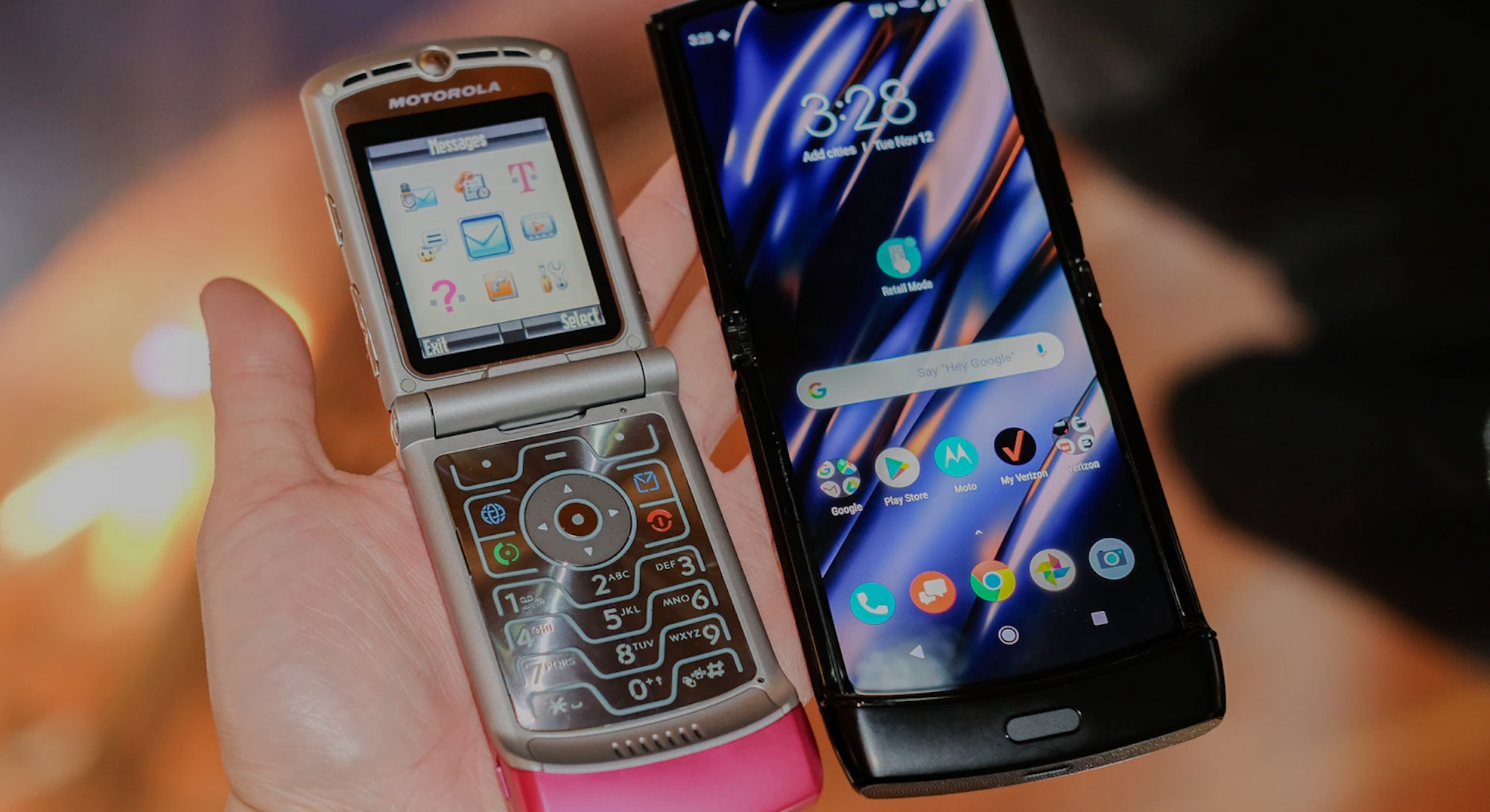 The Motorola Razr isn't officially out yet, but its launch is already a lesson in mismanagement and piss-poor execution.

Let's backtrack for a moment. The folding, nostalgia-inducing device was announced in November of 2019 to a surprising amount of fanfare and delight. Tech enthusiasts, as well as more casual observers, seemed legitimately excited about the combination of this somewhat alien form-factor married to the reintroduction of an iconic brand. Excited tweeting ensued. Original RAZR owners became beatific reminiscing about their first phone. Pundits dared to ask: Will Apple crib this idea for a future iPhone?

It was interesting to watch an audience that's become so obviously numb to phone releases actually make a bit of noise around the Razr. Like some ice had been broken around this idea that we'd seen everything or explored every way a smartphone could be. And maybe some of that noise was informed by what is happening in style generally — this reassertion of a late ‘90s and early 2000s aesthetic — but the thing just looked cool. Like an object you wanted to hold. To show off. To snap shut. Motorola further played into this sentiment by showing off a "retro" Razr mode on the device.

Then came a release delay. Just a little delay. Not a “significant shift.” Nothing to worry about. It did seem like Motorola could pull this off. Coming off of the hype cycle and disappointment of Samsung's Galaxy Fold, this felt different. It felt like maybe the company's years of production expertise and treasure trove of past hardware design could allow Moto to do something even a monolith like Samsung could not: move smartphone design significantly forward.

But if the past few weeks have been any indication, not only is the Razr launch more of a disaster than the Galaxy Fold, but it might signal the moment where the last bit of goodwill or excitement around anything Motorola does is extinguished for good.

Let's look at the facts. Besides the initial delay of the phone, as soon as pre-orders of the $1,500 device went live on January 26, reports of delayed shipping began. For a company like Apple, it's not uncommon to see ship dates push later and later on the first day of orders around a flagship device, so this signal is not wholly negative. For Motorola, it was unclear what this suggested. But after pre-orders went live, the real problems began.

The first sign of trouble was the indication that Motorola was not seeding review devices to journalists. Taking Input out of the mix for a moment (we've been told by company reps that a review unit is incoming, but at one point they suggested it would land on February 6), it would appear that no major tech publication has an embargoed review of the device and at the time of this writing, Motorola PR was still trying to figure out its strategy for handing out devices to critics. Confusion around how — or if — you're going to let the experts evaluate your very expensive device before putting it on store shelves does not suggest confidence in the product. Or at the very least, it suggests a level of chaos and unpreparedness that no large technology company should be grappling with on the eve of the launch of a major device.

Adding insult to that injury, Motorola actually began shipping devices to random people well before the official launch date on February 6. As I write this, two Razr phones are available for sale on eBay. Mobile Nations editorial director Nirave Gondhia received his device on February 1, with a live unboxing and subsequent early review two days later. CNET got one they ordered early. So did this Consumer Reports writer. So did this person. To call this kind of miscalculation on timing and message control amateur would be generous to say the least. But that's not the worst of it.

The Razr seems, at least in early reviews and from anecdotal Twitter-musings, to be a very poorly built device with an absolutely awful hinge and screen mechanism. Several devices spotted in stores have had their displays go bad already, with large green lines intersecting the touchscreen surface; one pic on Twitter shows a retail unit’s screen completely destroyed. One video doing the rounds shows a fingernail digging underneath the flimsy plastic display in an alarming way. Several people report a loud, troubling "creaking" noise as the phone opens and closes. You can't get the Razr wet. The camera apparently kinda sucks.

On the other side of things, some pre-ordered units are stuck in limbo. A device I ordered early on January 26 remains at the “build” stage in Motorola’s order tracker. When speaking to a company representative, the messaging around the delay was confused, suggesting both overwhelming demand for the phones and issues in China around the Coronavirus as causes for the slowdown. If Motorola is experiencing production delays that are out of its hands, it has yet to address those publicly.

In short: the new Motorola Razr as a product is probably dead on arrival. And the way the company handled its rollout suggests it either knew it needed to rush this to market to make a quick buck on it (before anyone entranced by the nostalgia noticed how bad it was), or the company simply didn't know how bad it was. Either way, it might be a final, rusty nail into the coffin of Motorola.

At the very least, let it be a cautionary tale for all technology companies. You don't become a force to be reckoned with by getting people's attention. You become that force by delivering something great. For Motorola, it looks like greatness was never even on the menu.