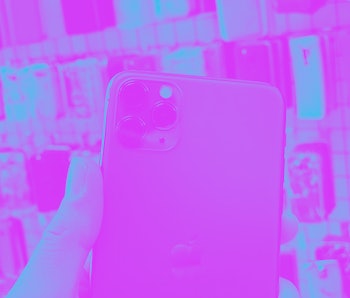 Even though, in terms of smartphone releases, we’re eons away from the September 2020 announcement of Apple’s next iPhones, the rumor mill has been grinding away. Early reports suggested we could expect major design changes including a return to iPhone 4-esque styling, but Japanese news site Macotakara says 3D printed mock-ups of the next iPhones it’s handled point to incremental hardware updates that’ll leave the exterior largely unchanged since the iPhone X redesign.

If you can’t see it’s new do you care? — People want other people to know at a glance they have the new iPhone (or Galaxy Buds, or whatever). Is that one of the worst things about late capitalism and the insatiable, performative consumption it demands of us? Sure. But it doesn’t change the facts.

Having the freshest gadget du jour is far less imperative if you’re going to have to tell peers and strangers about it instead of having them ask about it.

Phone tech doesn’t change as fast these days — We’ve seen previously that "tock" updates (those iPhones that get the S suffix, incremental hardware updates and no substantive design changes) seldom sell as well as their "tick" counterparts. But as serious innovation in the smartphone sector has slowed, the move away from two-year cycles makes sense for Apple and its rivals.

Overhauling the design of a phone without offering meaningful feature updates, though, risks alienating customers who feel compelled to update their device, do so, and then find their new purchase functionally indistinguishable from its predecessor. We'd argue that sort of dissatisfaction simply isn’t worth the risk.

Instead, though, Apple can look forward to some bottom-line maintenance from its insane AirPods sales. And of course, there'll always be those people who'll buy a new iPhone regardless of what it looks like precisely so they can tell you they've done so.