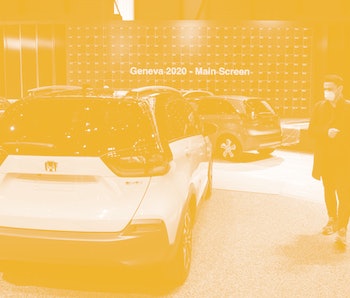 The list of events being canceled because of coronavirus-related fears continues to grow. On Friday the Geneva International Motor Show (GIMS), the 90th edition of which was due to start next week, announced it’s pulling the plug on one of the key events in the automotive calendar. The decision follows the first confirmed case of the coronavirus in Switzerland, and a subsequent move by the country’s Federal Council to ban events that involve more than 1,000 people until March 15.

“We regret this situation, but the health of all participants is our and our exhibitors' top priority,” Maurice Turrettini, chairman of the Foundation Board says. “This is a case of force majeure and a tremendous loss for the manufacturers who have invested massively in their presence in Geneva. However, we are convinced that they will understand this decision."

A last-minute change of plan — With media preview days set to start on Monday and the show opening to the public on March 5, most of the stands for the event were complete and exhibitors will have already shipped their vehicles and other stand paraphernalia to the event. In other words, this is going to cost some companies a fortune, whether it’s the automakers themselves or their insurers.

“The financial consequences for all those involved in the event are significant and will need to be assessed over the coming weeks,” the organizers say in a statement released on Friday, adding that ticket holders will be refunded. In the interim, they’re now working on arranging “the dismantling of the event.”

We’d hoped to see more of Polestar’s Precept Concept car at GIMS 2020, along with Cadillac’s first EV, Tesla’s production-ready Model Y, and the usual plethora of concept cars the event is known for. But considering the risks of getting thousands of people to fly in from all over the world and hang out in a confined space for days before returning home, we’ll gladly make do with digital press briefings instead.