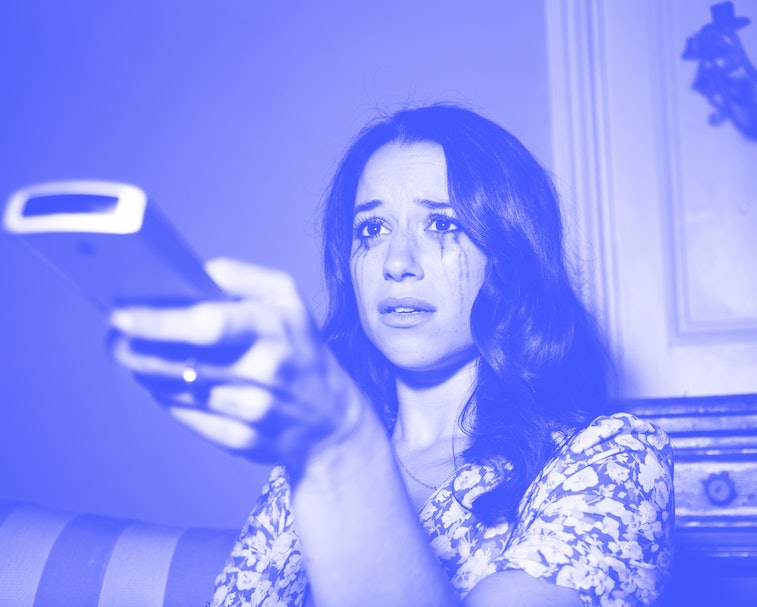 Many people are using their COVID-19 self-isolation as a time to catch up on all the TV and movies they've been meaning to watch — so many, in fact, that officials worry internet infrastructure won’t be able to handle the traffic. Yesterday, the European Union urged streaming sites like Netflix to switch to standard-definition video streams to reduce the burden.

Thierry Breton, European Commissioner, said he has been in talks with Netflix CEO Reed Hastings about the issue:

This is an unprecedented issue for streaming services. Being the dominant player in the market, Netflix's response will likely set a precedent for other streaming companies — which could mean we’ll all be watching in standard definition for a while.

UPDATE: Netflix told Reuters on Thursday afternoon it will cut traffic by 25% on its European networks "to preserve the smooth functioning of the internet during the coronavirus crisis."

Will it actually happen? — There’s no real way of knowing at the moment. Breton's vocal concern for worldwide internet infrastructure is a definite red flag, making the situation appear quite dire. He’s even taken the time to contact Netflix’s top exec about his concerns, and they’re set to speak on the phone again today, according to a Netflix spokesperson.

“Commissioner Breton is right to highlight the importance of ensuring that the internet continues to run smoothly during this critical time,” the spokesperson said. “We’ve been focused on network efficiency for many years, including providing our open connect service for free to telecommunications companies.”

Others have noted the strain — Breton isn’t the only one with worries over the monumental spike in internet usage. Home networks aren’t built for the kind of traffic we’re pushing onto them, especially as more employers switch to video conferencing to replace in-person meetings.

Many providers are removing data limits and working to increase network capacity to accommodate the extra traffic, but there are no guarantees these measures will be enough. Mark Zuckerberg has shared his own concerns about the problem, saying the demand on Facebook’s servers is “well beyond” its usual peak at New Year’s Eve.

We’ll have to wait for more news from Netflix before we lose too much hope in high definition. The future may be more pixelated than we once assumed, at least temporarily. But that's a small price to pay for staying connected.