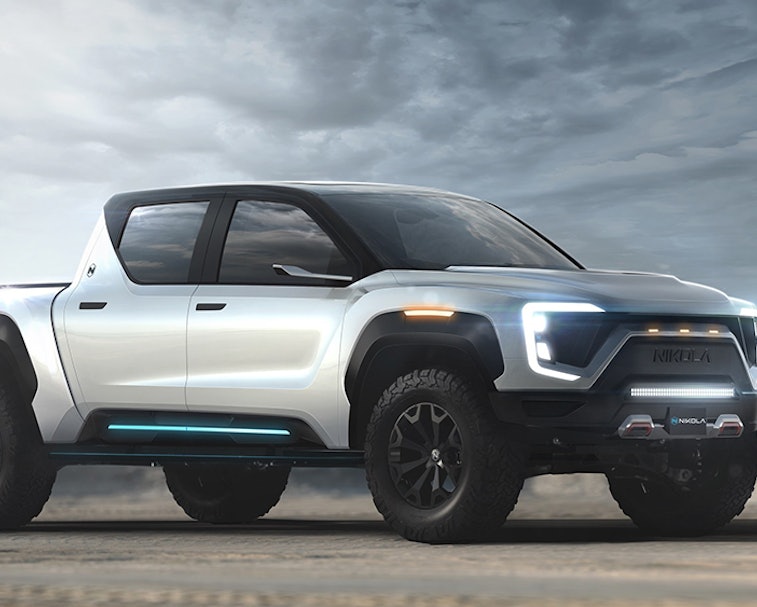 Nikola Motor has unveiled a concept electric pickup truck called the Badger. The company plans to offer a purely electric version as well as an electric/fuel-cell hybrid that it claims can get 600 miles of range. The electric version will have a range of 300 miles.

Nikola says the Badger will be able to tow up to 8,000 pounds and accelerate from 0 to 60 miles per hour in 2.9 seconds. Those stats make the pickup comparable to Tesla’s Cybertruck but without the controversial design. Nikola hasn’t managed the herculean feat of actually mass-producing cars like Tesla has, however.

The hybrid version will use hydrogen for its fuel cell, and Nikola says it plans to build 700 filling stations around the U.S. in order to provide fuel.

Cool, but — I can’t help but feel like while electric pickup trucks seem to be more environmentally friendly than traditional gasoline vehicles, they’re still a wasteful display of American excess. Besides all the space they take up, trucks are a fatal threat to pedestrians and cyclists — the most sustainable forms of transport. Most people don’t even use their trucks for anything other than trips to the mall. I mean, need I remind you of the time Tesla CEO Elon Musk ran over a divider in his Cybertruck?

Besides the Cybertruck, a slew of electric trucks from the likes of Hummer and Ford are on the way. Nikola says it will start accepting reservations for the Badger in September.