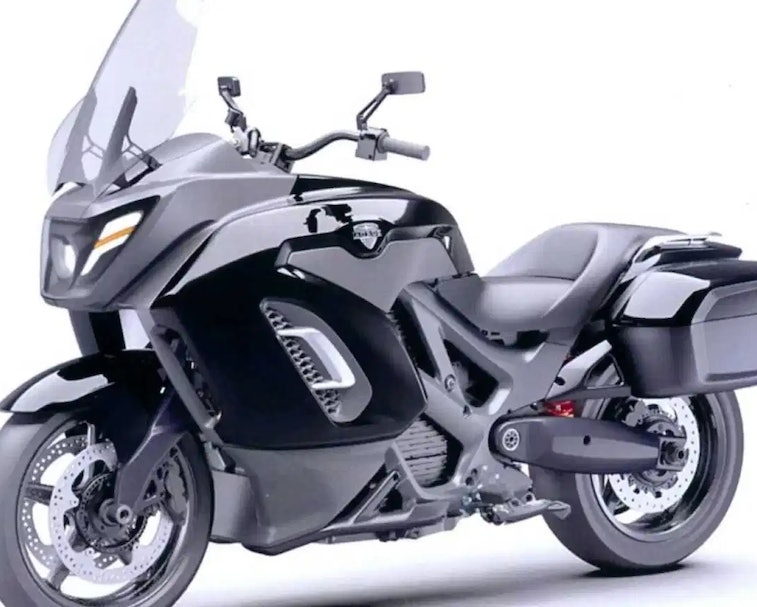 We can always appreciate a new electric motorcycle, even if it is coming to market thanks to a ruthless dictator. The Aurus Escort is set to be the new escort motorcycle for Russian president Vladimir Putin's motorcade, Moto Station reports, and it's the first such vehicle to go fully-electric. Other vehicles in the Russian-made Aurus lineup include a limousine, van, and an SUV. The state-backed luxury carmaker produces special armored variants of its vehicles for the president.

The Escort is quite large, as you can see — it looks like a touring bike in the same vein as the BMW R1200RT. That's good news for whoever ends up riding it, as it'll likely be comfy as heck for long rides. It features a tall adjustable windscreen as well as plastic panniers on the rear. The crazy bit? A top speed of 150 mph and a 150 horsepower electric motor. That's fast for someone riding alone. It's mad if done in convoy.

Trumping Trump — It's unclear why the choice was made to make the bike electric, though Russia has made commitments to reducing its oil production and greenhouse gas emissions. Maybe the country wants to show that it's forward-thinking and innovative by producing electric vehicles while the Trump administration has done everything it can to curtail and roll back environmental initiatives.

One plus for Putin is that since the bike is electric, it won't be horribly loud like normal combustion engine bikes are. Nobody likes all that noise. But those top speeds mean it'll be powerful nonetheless, which is important for a leader who can't get enough of it. Power that is, not speed. And seeing Putin's motorcade is more than enough to incite fear, it doesn't need to be heard.

There's little other information about the Escort's specs or pricing as of yet. It's expected to launch in 2022, so there could be some time before we learn more. Considering that Aurus is a luxury carmaker, expect the consumer version of the Escort to be expensive. If you want something a bit more attainable, Input has a list of the best electric bikes you can get right now. You'll need to get your leader to accompany, though, and maybe a few friends to buy electric motorcycles too.