Tesla is getting $1.4 billion in loans from Chinese banks 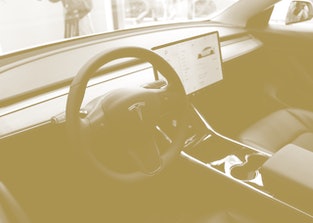 The new financing package Tesla has secured from Chinese banks.

Electric car and Cybertruck maker Tesla has managed to get a number of Chinese banks to bankroll the expansion of its Shanghai gigafactory to the tune of $1.4 billion (10 billion yuan), according to a report from Reuters on Monday.

Rivian’s close behind – On Monday, Tesla rival Rivian also announced it had closed an investment round of its own worth a reported $1.3 billion. Rivian’s planning to release its all-electric R1T pickup truck and R1S SUV at the end of next year.

A long-term plan – Part of the new loan will be used to service some of Tesla’s existing Chinese debt, according to Reuters, with the balance being used to grow its manufacturing operation. The Shanghai gigafactory is Tesla’s first major infrastructure investment outside of the U.S., and a physical manifestation of the company’s ambitions for the Chinese market.

Cheaper in China – Last week it emerged that Tesla expects to be able to offer Chinese buyers a lower-priced Model 3 from its Shanghai facility next year, thanks to the use of local suppliers which allows it to sidestep tariffs on some components.

Meanwhile, the company also announced this month that existing Tesla owners can look forward to updated game options for the in-dash display and the promise of a sneak peek at “full-self driving” before the year is out. With only a week to go, look out for news of that soon.