“Attacking a company like Tesla that has done so much good for California should not be the overriding aim of a state agency with prosecutorial authority. The interests of workers and fundamental fairness must come first.” 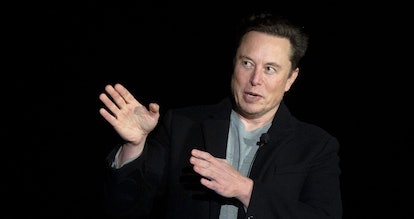 Tesla has been accused of overwhelming racial discrimination and race-based harassment in a new lawsuit filed by California’s Department of Fair Employment and Housing (DFEH). The stories told in the lawsuit by former Tesla employees paint a troublesome picture of toxic work culture in the company’s Fremont, California factory.

This is just one type of harassment people of color have allegedly faced at the Fremont factory. Racial slurs and degrading commentary throughout the work day are commonplace, in these testimonies. Racist jokes are the norm.

Tesla published a blog post earlier this week in an attempt to get ahead of the lawsuit. The post claims, amongst other things, that the DFEH never tried to work through these issues with Tesla before filing the suit. The DFEH tells a very different story.

There’s a consensus here — Tesla is outright denying these allegations. Its blog post states that Tesla “strongly opposes all forms of discrimination and harassment and has a dedicated Employee Relations team that responds to and investigates all complaints.”

Here’s the thing: the DFEH spoke to 50 former employees about this issue, all of whom describe similarly racially charged harassment experiences. Does Tesla expect us to believe all 50 of these employees are making this up?

Even the less-shocking allegations here are impossible to overlook: Black employees are frequently overlooked for promotions, for example. Others are more overtly horrifying. Tesla production leads, managers, and supervisors consistently use racial slurs to refer to Black employees. Swastikas and racial slurs are etched into factory walls, lunch tables, bathroom stalls, and Tesla machinery.

Not surprising, unfortunately — Tesla says attacking a company that “has done so much good for California should not be overriding aim of a state agency with prosecutorial authority. It’s unclear what, exactly, Tesla would prefer the DFEH to do in this situation. The lawsuit alleges that Tesla “failed to take effective remedial measures in response to complaints of discrimination and harassment.” It adds that workers were discouraged from complaining along with warnings that their complaints would just be ignored.

Tesla can pretend all it wants that it has no blood on its hands here. But employees have testified many times in various arenas that there is a widespread racism problem at Tesla’s factory. It doesn’t take a legal expert to understand that something sinister is running rampant through Tesla’s company culture.

The allegations are damning for Tesla. Not only in the events that led to them — but also in Tesla’s unwillingness to confront them now to ever become a better company. If dozens of your employees tell you there’s a racism issue at your company and you choose to repeatedly turn a blind eye to them, that doesn’t exactly seem like a company that cares about its employees.

Suddenly Elon Musk’s decision to relocate his business to Texas — and therefore away from the watchful eyes of California’s DFEH — has taken on entirely different meaning.