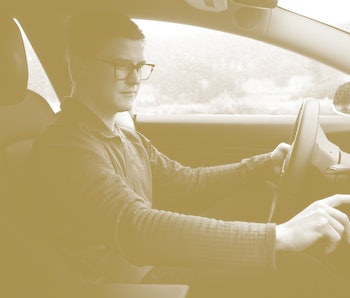 Tesla currently faces a slew of legal troubles and regulatory scrutiny, so the company is doing what it does best: releasing random features that do nothing to solve its issues. This time around we’re talking full Steam integration, which Technoking Elon Musk says could be ready for demonstration as soon as August. Because who needs a Steam Deck when you could play on your infotainment system instead, right?

Teslas are equipped with just enough high-end computing hardware to make gaming a breeze, with games like Stardew Valley now available in Tesla vehicles since 2019. Full Steam integration, which Musk has been teasing for a few months now, would allow unprecedented access to a gaming catalog.

Regulators have already expressed concern about Tesla’s expansion into gaming territory, especially as the vehicles have at times allowed owners to play games while driving. Musk, in his classic Musk way, has decided the best move is to... add access to thousands more video games.

Sure, exactly what we needed — Tesla has slowly but surely been building an arcade catalog of its own, including titles like Witcher 3 and Cuphead. The upper limits of any given Tesla’s ability to run AAA titles are unclear — Tesla doesn’t really advertise these specs — but Musk has compared it to the capabilities of the PlayStation 5 and the Xbox Series X. Gamers can even connect controllers to their infotainment systems, as seen in the video above, shared by the Tesla Owners Silicon Valley Twitter account.

Just because Teslas can run these games doesn’t mean they should. Driving is already one of the most dangerous things a person can do; adding more opportunities for distraction is just plain counterintuitive.

Let’s add some more mess — Tesla is deep in the trenches of a number of regulatory and legal battles. Its proprietary Autopilot software is under investigation from all sides for being generally unsafe; meanwhile, the company is laying workers off with such speed it now faces a lawsuit about it. Musk faces legal trouble for many of his other ventures, too, including for sexually harassing a SpaceX employee and for attempting to slip out of his Twitter buyout unscathed.

We could see a working version of Tesla’s Steam integration as soon as next month; when such support will roll out to the broader Tesla fan club is unclear. We’d put our money on it being available before Autopilot is made safe.