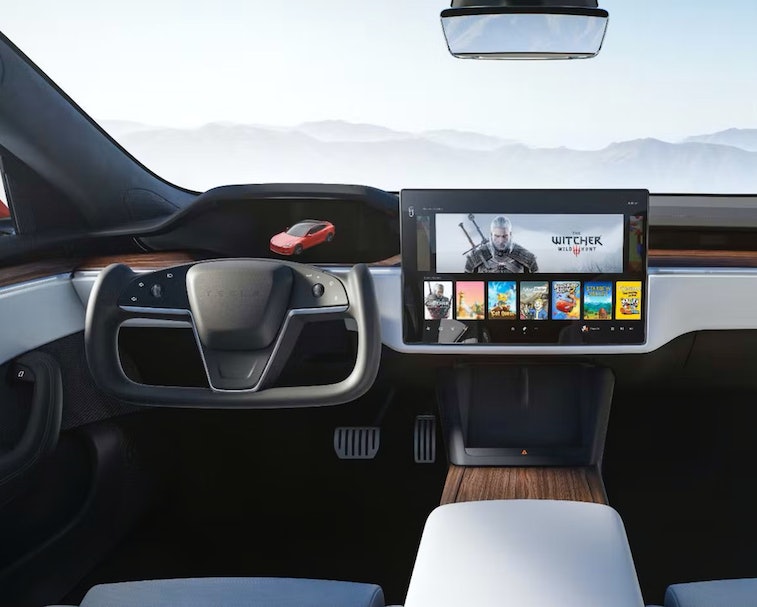 Amongst all of the upgrades in Tesla’s new Model S, the one that shocked us most was the replacement of a traditional, round steering wheel with a squatty rectangle yoke. And just like that the yoke began its journey toward the mainstream; within the year, other big automakers like Toyota had adopted the untraditional steering hardware, too.

Then Technoking Elon Musk went a step further, saying the yoke wouldn’t even be optional on the new Model S. The new Model X, too, would receive the mandatory yoke treatment.

But there’s some good news for all the yoke haters out there: It’s looking a lot like Tesla will give buyers the option to replace the yoke with a tried-and-true round wheel instead (h/t Electrek). A Twitter user who goes by “green” — known for reverse engineering Tesla software — found that a new version of Tesla’s service tools mentions a “steering wheel yoke swap” menu with options of “yoke” or “round.”

More like steering nope — Elon Musk loves the yoke. Loves it. Experts not so much.

In Consumer Reports’ list of best forthcoming vehicles for 2022, Tesla as a whole dropped seven spots to 23rd place — placing it securely in the “below average” category. The main reason for that drop? You guessed it: the steering yoke.

Early testers of the yoke have found similar issues with its steering capabilities, especially at low speeds. Mostly Musk loves the steering yoke because it allows for an unobstructed view of the road and the vehicle’s screens (he’s tweeted about it on more than one occasion.) As for a progressive steering solution that would make the Model S easier to manage on the road… well, Elon says that’s still a few years away.

Make it work first — The steering yoke’s wider implementation is a classic Musk move. When Musk & co. come up with some high-tech new feature they’re excited about, they often roll it out to Tesla owners without ensuring said feature actually works. Just check out videos of the Full Self-Driving beta. Musk loves the idea of fully autonomous driving — so much so that he’s willing to let owners drive on the road with the software, mortal dangers be damned.

CR’s Fisher says this is really the crux of Tesla’s problem. Overall, he says, “reliability has to do with the frequency of unrolling new technology.” More reliable brands take their time.

At least buyers can now decide whether or not they feel comfortable using a yoke that may or may not put them in danger in certain driving conditions. If they’re willing to have their new car manufactured in an overtly racist factory, that is.