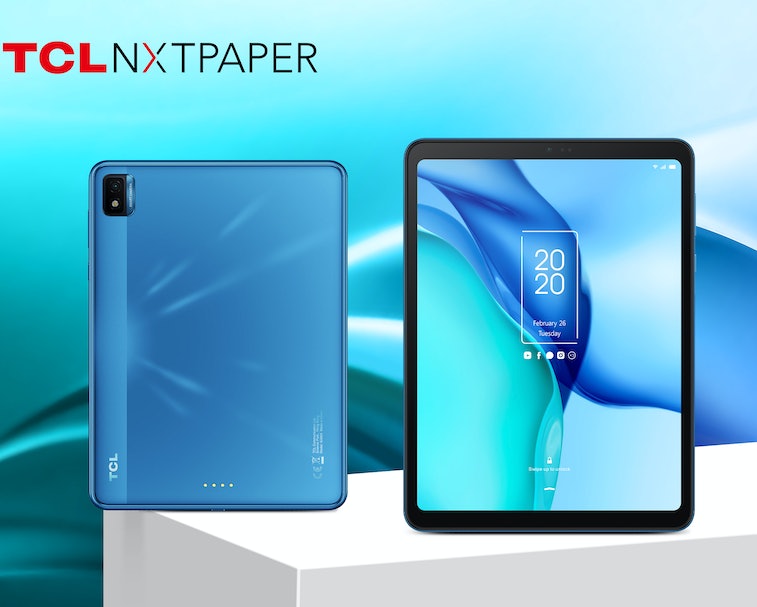 TCL, the Chinese company behind some of the wildest tech you’ll ever see, is introducing a new 8-inch tablet called NXTPAPER that’s somewhere between a classic tablet screen and that of an e-reader. In an announcement at CES 2021, the company said the NXTPAPER “reuses natural light” for a reading experience with next to no eye strain.

This isn’t the first time we’ve seen tablets using e-ink screens to transform user viewing experience — but the NXTPAPER’s screen is nothing like the one you’ll find in offerings such as the Onyx Boox Note Air. TCL is pushing an entirely new kind of screen — a proprietary one created by the company itself for its new lineup.

From the first look we’ve been afforded through digital CES, the tablet looks pretty stunning. It’s new tech, so there is, of course, a chance it won’t work exactly as intended. Still, it’s an exciting development in screen technology, and one that could prove generative for a market that’s become somewhat stale.

Like an e-reader but also…not — The NXTPAPER’s specs aren’t all that impressive overall: an 8.88-inch (1,440 x 1,080 screen); Wi-Fi and 4G capabilities; an 8-megapixel rear-facing camera; and a headphone jack to round it out, none of which is spectacular by 2021’s standards.

That’s moot, though, because the reason TCL wants you to buy the NXTPAPER is that screen. It’s what the company calls an “artistic combination of screen and paper,” with the ability to present a pleasant reading experience that also happens to be available in full color. It’s like buying a dedicated e-reader that you can also watch Netflix on.

The NXTPAPER also boasts 65 percent better power efficiency than a traditional tablet, thanks to its innovative screen, with better contrast than many e-readers to boot.

Could this be the next big thing? — TCL is entering a crowded market. There are plenty of impressive tablets available at affordable prices; e-ink readers are a dime a dozen, too. But TCL’s screen — if it’s as groundbreaking as it seems — could be just innovative enough to sell well. And if it does, there’s a good chance other companies will want to license TCL’s hardware or create something similar of their own.

There’s only one piece of bad news we have to share: TCL has made no indication as to when the NXTPAPER will be available in the United States. The company says it will begin shipping in April throughout Europe, Africa, the Middle East, Latin America, and Asia for €349 (approximately $425).