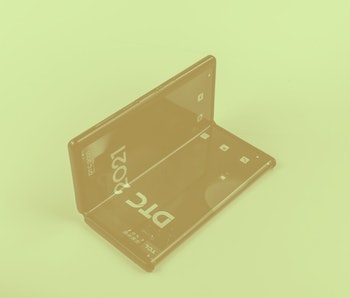 TCL is posting up at MWC 2022 with a raft of new additions to its 30 Series smartphone line, several new tablets, and most interestingly, a couple of new foldable concepts.

Outside of TVs and phones, TCL has made a name for itself as a serial foldable experimenter. The company has yet to release its own folding phone (its Galaxy Z Flip 3-like “Chicago” foldable was canceled last year) but it’s frequently shown off out-there prototypes that are far more imaginative than the real foldable products like Samsung’s Galaxy Z Fold 3, Motorola’s Razr, and Oppo’s Find N.

Fold, Roll, Flex — TCL’s most familiar foldable concept, the “Fold ‘n Roll,” is back once again. The folding rollable (rolling foldable?) hasn’t changed dramatically since it was last caught on video or first introduced by TCL, but the 2022 version of the concept remains a fairly wild device all the same.

The Fold ‘n Roll unfolds, morphing from something more recognizably smartphone to a tablet form factor. It can then unroll into an even larger screen, perfect for laying back and watching videos. If… you can work up the courage to take your foldable’s life into your own hands. TCL’s done work to make all of these devices useable prototypes, but it’s hard to not worry how fragile these screens might be, especially when they involved multiple types of movement.

TCL is also showing off one other concept that seems even earlier in its journey to one day (maybe) being a real product. The “360-degree Ultra Flex” — based on my frantic notes during TCL’s briefing — “opens all the way up” with a hinge that goes beyond the 180-degree movement of a traditional folding screen so that it can be “closed” two different ways.

Like the company’s tri-fold concept, these foldables are still firmly in the prototype stage and TCL has yet to announce which (if any) could one day be consumer-ready hardware.

Meanwhile... for real phones — That’s not to say TCL is showing up at MWC 2022 without actual phones. The company is adding five new handsets to its 30 Series line of mid-range Android phones. Features and components vary across all the devices — the TCL 30 5G, TCL 30+, TCL 30, TCL 30 SE, and TCL 30 E — but in general, the company is trying to make flagship features more affordable, whether its 5G connectivity, high-end cameras, or AMOLED displays.

Take for example the TCL 30 5G, which comes with three 50-megapixel cameras, a 6.7-inch FHD+ AMOLED display, 5G support, and a 5010 mAh battery. The TCL 30 and 30+ share the same specs with variations in design depending on what carrier they ultimately end up on.

While the TCL E has dual 50-megapixel main cameras, a 6.52-inch display, and a 5,000 mAh battery. The SE is somewhere in the middle of the two groups with the smaller display and battery of the E and the triple camera of the 30 5G and friends.

Look, TCL just has a whole mess of phones.

More tablets — TCL is also expanding its range of tablets with the Nxtpaper Max 10, Tab 10 HD 4G, Tab 10S 5G, and the Tab Pro 12 5G. All of the devices feature 10-inch and up displays, but the Nxtpaper Max 10 is by far the most intriguing.

TCL’s Nxtpaper was an Android tablet that was supposed to bridge the gap between traditional tablet screens and e-readers in readability and eye comfort with new layered screen technologies. The 10.36-inch Nxtpaper Max 10 is its larger cousin with an octa-core chip, 8,000 mAh battery, and support for either Wi-Fi or LTE.

It’s the genuinely new thing TCL is doing in the tablet space, and even though it's currently launching in only Asia mid-Q2 this year starting at €269, I hope it makes it to the U.S.

Here’s a breakdown of the rest of the prices for TCL’s tablets: