“They told me they took my fingerprints to check if I was military and if they could confirm it, they would kill me... I was very lucky that for some reason they did not get a match.” 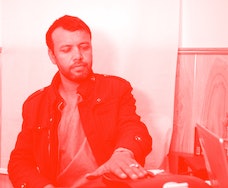 A new report from the Human Rights Watch details the ways in which the Taliban is harvesting biometric surveillance tech and databases to not only surveil Afghan citizens but also retaliate against perceived enemies. The tools at the regime’s disposal now include troves of “iris scans, fingerprints, photographs, occupations, home addresses, and names of relatives,” among other personal details. And guess who supplied them with all this invaluable information?

“Foreign governments such as the United States, and international institutions, including United Nations agencies and the World Bank, funded and in some cases built or helped to build vast systems to hold the biometric and other personal data of various groups of Afghans for official purposes,” explains the report, adding that “in some cases, these systems were built for the former Afghan government. In others, they were designed for foreign governments and militaries.”

Aiding the enemy — This week’s Human Rights Watch report explains that while the Taliban may not (yet) have access to databases used for former military and police personnel — like the Ministry of Interior and Defense’s Afghan Personnel and Pay Systems (APPS) — it certainly has enough to persecute and likely “disappear” countless targets. Although many of these Afghans are either in hiding or moving often, the Taliban’s utilization of biometric data “may make it much harder, or impossible... to remain hidden.”

One anonymous former military commander described being detained by the Taliban for 12 days last November, during which time they scanned both his fingerprints and irises. “If they could confirm [I was in the military], they would kill me. I was very lucky that for some reason they did not get a match,” he recounted.

Not the first time — As terrifying the thought is of Taliban forces employing dystopian tech tools to silence dissidents and persecute populations, it’s not the first time this has happened. In 2016 and 2017, the extremists utilized biometric equipment to “identify and summarily execute” bus riders accused of being Western aligned security forces... but that incident, confirmed by multiple journalists, took place well before the Taliban retook governance of Afghanistan. Its capacity for cruelty has only exponentially increased, thanks in no small part to their new gifts from now long-gone Western and U.S. forces.