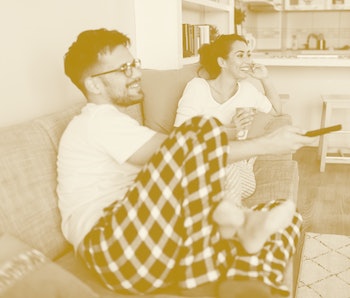 T-Mobile is jumping into the live TV game with a new internet streaming service called TVision, launching in November. Not to be confused with services that stream on-demand content, TVision simply streams live television over the internet, like YouTube TV or Hulu's live TV offering.

The most notable thing that makes TVision stand out from the competition is its pricing. The most affordable plan, called TVision Vibe, starts at only $10 per month. It features over 30 channels including popular ones like AMC, Comedy Central, TLC, and the Food Network. You do need to be an existing T-Mobile customer, however.

There are three other tiers available:

One confusing detail is that the $10 TVision Vibe tier includes entertainment channels from Viacom that the others do not, but you can bundle more than one tier together to get all the channels you'd like.

Hard to beat — All of the tiers, save for TVision Vibe, offer 100 hours of cloud DVR recording standard, as well as the ability to stream to three devices concurrently so family or friends can watch, too. The basic TVision Vibe package is limited to two concurrent streams and DVR recording costs an extra $5 per month.

If you compare YouTube TV's price of $64.99 per month and all the channels that are included therein, getting a comparable package from T-Mobile will cost about the same. But if you just want popular Viacom channels like Comedy Central and Nickelodeon, the $10 per month plan is hard to beat. You can't get those channels on YouTube TV without paying $64.99, and on another service, Philo, the cheapest plan is $20 (though it also comes with A&E and History Channel, which TVision Vibe does not).

Price hikes — Every company that's entered the internet TV business has started out offering prices competitive with traditional cable, only to jack them up over time. Google launched YouTube TV in 2017, priced at $35 per month for 40 channels. It later raised the price to $50, but it always adds new channels whenever it announces an increase.

The major benefit of internet TV services over a traditional cable offering is flexibility. You can watch live TV from anywhere and record to the cloud, and there are more "skinny" bundles of channels that customers can mix and match to get precisely the channels they want. But the initial lower prices attracted a lot of cord-cutters, and now following the price hikes some are deciding it's no longer worth the added cost on top of what they're already paying for streaming services like Netflix and HBO Max. By the time you bundle up all the channels you want, the price starts to become comparable with cable.

At launch, TVision will be available on iOS, Android, Apple TV, Android TV, Amazon Fire, and Google TV. You won't be able to watch on Roku initially, or even from the web, weirdly. T-Mobile will be selling a $50 Android TV dongle that offers an integrated TVision experience.