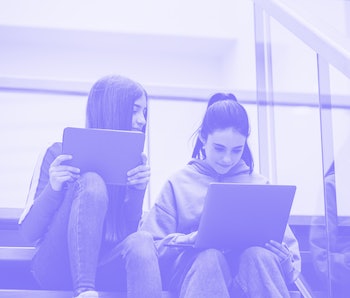 As students return to in-person classes, monitoring software installed for remote tracking purposes is largely becoming a concrete fixture, with many schools planning to keep spying software on student computers. A new report from the Center for Democracy and Technology (CDT) reveals that 89 percent of teachers surveyed work at schools where such monitoring software is still being used this year.

The software being used by schools across the U.S. varies greatly in its scope, but much of it documents more than just rule-breaking. In fact, many schools are even using this software to report infractions to local law enforcement — 44 percent of teachers reported that at least one student at their school had been contacted by the police based on the software’s logs.

As a whole, the CDT found that this student monitoring software is being used more often for discipline than for its stated purpose: safety. Some lawmakers are voicing concerns over this misuse but, as a whole, the practice is very much becoming normalized.

Surveillance abuse — Though many schools have returned to in-person activities this year, the number of schools that reported using surveillance software actually increased over last year’s survey. And students are changing their behavior because of it — about half of students said they weren’t comfortable expressing their true thoughts or feelings when they knew they were being monitored.

This reticence, as it turns out, is not an overreaction. Gaggle, one of the more popular software options being used by schools, has been known to send “Questionable Content” (read: nudes) email alerts it picks up from students’ text messages, one associate principal told Wired. Administrators realized Gaggle was picking up this information when students plugged their smartphones into their school laptops while at home.

A significant number of students — 13 percent — reported that they or someone they knew had their gender or sexual identity outed by their school’s surveillance software.

It’s policymaking time — It’s immediately evident from the CDT’s report that schools are abusing the surveillance systems put in place to track student activity during the pandemic. Rarely is this software actually being used for student safety; only 54 percent of teachers reported that their school’s monitoring software had ever been used to refer students to counselors.

With data privacy protections very much in the cultural conversation right now, organizations like the CDT hope surveys like this will catch lawmakers’ attention enough to force federal policy change. Senators Elizabeth Warren (D-Mass.) and Ed Markey (D-Mass.) have been investigating the misuse of school surveillance systems since late last year and have urged federal action be taken to ensure students’ privacy is protected.