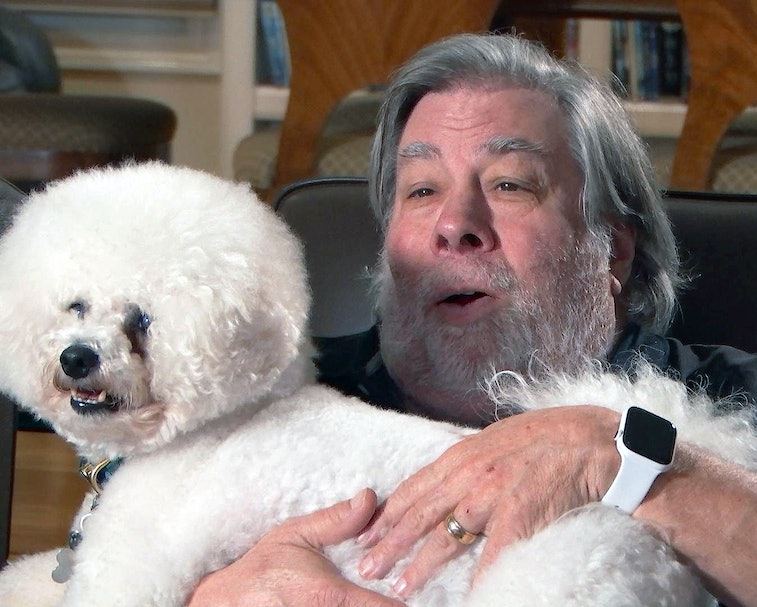 Steve Wozniak has always been a bit of an eccentric character, so it's not terribly surprising that his 70th birthday is being turned into a whole thing. Beginning with a livestreamed event tomorrow, August 11 and continuing through August 21, the "11 days of Wozdom" are set to honor the Apple co-founder with a series of social media contests including prizes like an iPhone SE and a MacBook Air. The Wozniak family is using the occasion to raise funds for the charity Jewel's Inspiring Children Foundation.

"Help us celebrate a man who has impacted so many by helping him save and transform more children's lives through his favorite charity," says the special birthday website.

Win cool stuff – Tomorrow's livestream kicks off at 8 p.m. ET on Twitch and Twitter and will feature guests from George Takei to Jay Leno and Emmylou Harris. Following that, a series of daily challenges listed on the site asks people to participate on social media by completing tasks like sharing a picture of a place that makes them happy and captioning it with the corresponding hashtag. After August 21, winners from each challenge who "best celebrate the values Woz cherishes," like honesty and integrity, will be selected and receive autographed T-shirts. The top five winners will receive the bigger prizes.

You don't have to complete the challenges in any particular order – they're all listed on the website and you can submit them anytime before August 21 at 11:59 p.m PT (or 2:59 a.m. ET on August 22).

Wozniak's philanthropy – Not many people would be able to get away with celebrating their birthday for 11 days. But then, most people aren't Woz, and most people don't use their birthdays to raise funds for a charity that provides youth development in under-served communities through mentoring and other activities. It's hard to knock that.

Since leaving Apple, Wozniak, whose net worth is estimated to be $100 million, has been an active philanthropist, helping to found the Electronic Frontier Foundation and funding technology programs in his local school district, among other endeavors. He criticizes tech from time to time, including Apple (where he's still technically employed), and recently sued YouTube for allowing Bitcoin scammers to run a con using his likeness – which probably explains why the stream won't be hosted there.

Below is an example of one of the challenges. Wozniak is asking people to share a "happiness algorithm" that represents, well, their own mathematical formula for happiness. His algorithm is "Happiness = Smiles - Frowns." He doubtless thinks you can do better and will be thrilled when you do. Because it seems he's just that sort of person.