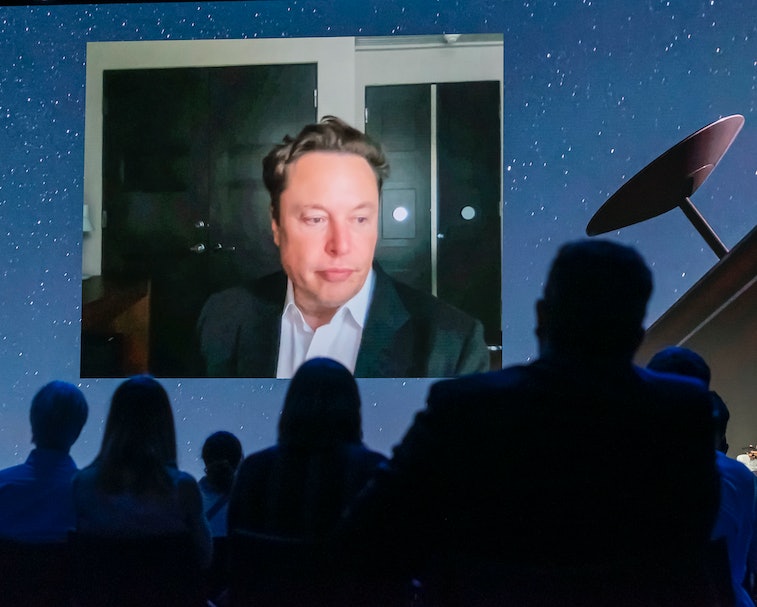 SpaceX’s satellite internet experiment, Starlink, will be available for almost anyone around the world (except the North and South Poles) starting as soon as August, according to Tesla Technoking Elon Musk. The service expects to bring in more than 500,000 customers within a year.

Starlink has been the subject of much speculation from both Musk superfans and the public writ large. Satellite internet has been touted as a savior of broadband, a way in which the United States and other countries around the world will be able to mend the still-much-too-wide gap in access to high-speed internet.

If anything, though, Musk’s virtual MWC interview reinforced the fact that Starlink — at least at this early phase — will absolutely not be the be-all-end-all solution to broadband access that Musk and his army have purported.

Open to (almost) everyone — Come August, Musk says, Starlink expects to open service up to anyone who wants it. The only places it won’t be available are the Earth’s two poles, where the satellites’ orbit doesn’t quite reach.

The service isn’t exactly accessible, though. New customers must pay a $499 fee for the initial Starlink home hardware and then $99 per month for the service itself. That’s entirely unaffordable for many of those who could use the service most. Musk has also warned that, though Starlink will be open to anyone, it’s really only built to work in “sparsely populated regions.” Those in more densely populated areas will end up with inconsistent connections, despite Starlink’s promise of download speeds up to 150 Mbps.

A band-aid solution — Starlink has some major issues to work through before it can actually be a viable business. It’s hemorrhaging money right now, for one thing; SpaceX loses about $800 for every home internet setup it sells, and launching the Starlink satellites could cost as much as $30 billion over the next decade. The service would need literally tens of millions of subscribers to make that work.

“Every other low-Earth orbit constellation ever done has gone bankrupt,” Musk said in the interview. “Step number one for Starlink is don’t go bankrupt.”

And then there’s the problem of how many people can actually use the satellite fleet in its current state. Current estimates range from a capacity of 400,000 users to 800,000 users — a very small piece of the 42 million or so people in the United States without access to broadband internet.