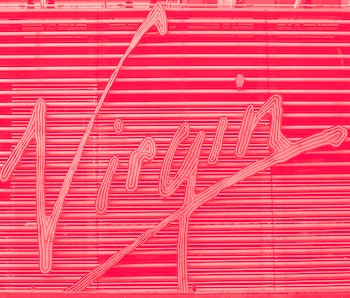 Virgin Mobile USA has announced that its U.S. operations will cease in February and customers will be migrated over to Boost Mobile. Dish is acquiring both MVNO networks from Sprint as that company works towards a merger with T-Mobile.

Practically speaking anyone using Virgin Mobile shouldn’t notice any disruptions as the service operates on the same Sprint-based network as Boost Mobile.

Thanks for keeping things fair — As part of its negotiations with the Department of Justice, Sprint agreed to sell Virgin Mobile USA and Boost Mobile to Dish in order to ensure that there are still four national wireless networks for consumers to choose from.

The two networks are small players that piggyback off Sprint’s spectrum and primarily offer prepaid service for budget-minded consumers. However, Dish also owns wireless spectrum of its own that it has acquired over the years and has largely left dormant. Combining that spectrum with Virgin and Boost will theoretically create a viable new wireless network in Dish.

Consolidating Virgin and Boost into one service could also help simplify the transition.

Unfortunately for Sprint and T-Mobile, internal documents from T-Mobile show that back in 2015 the company itself doubted that Dish will be able to meaningfully compete even after these changes go into place. Consumers want a network that can offer strong coverage throughout the nation, which is something that T-Mobile didn’t believe Dish will be able to do even with the new resources.

The same documents also revealed that T-Mobile may have seen its merger with Sprint as a necessary precursor to a later merger with Comcast, undermining its own argument that it wanted to remain the independent, innovative player its been known to be.

Virgin Mobile isn’t changing outside the U.S., so if you’re using the network in Canada or another country this change won’t impact you.