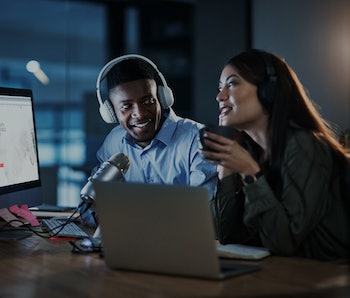 Following Apple’s announcement this week that it will offer podcast subscriptions, Spotify is about to do the same. Whereas Apple is asking for 30 percent of podcaster’s sales in the first year, followed by 15 percent thereafter, The Wall Street Journal reports that Spotify won’t take any cut of sales. Apple also charges podcast hosts an an annual upfront fee of $19.99.

It was first reported back in January that Apple was considering the launch of podcast subscriptions. Now that’s happened, and it’s no surprise Spotify intends to respond in kind. What’s going to be interesting is how the company’s differing approaches play out and whether it means either is able to amass a sufficiently potent catalog of original content to damage the other’s long-term prospects. For popular creators, subscriptions give them a new way to make a living.

Money opportunity — As podcasting has seen massive growth in popularity, Spotify has invested hundreds of millions of dollars ensuring it has a seat at the head of the table. The move could help the company differentiate itself from Apple Music, which largely features the same music catalog but has the advantage of being pre-installed on iOS devices.

Podcasting could also grow Spotify’s bottom line because it doesn’t have to pay anything for most podcasts, and it can make money selling programmatic ads against them. Exclusive podcast studios it has bought, like Gimlet Media, could make it relatively cheap to produce attractive content and keep paying subscribers hooked.

As more people begin listening to podcasts, Spotify stands to make a lot of money with low overheads, even just from free podcasts. According to eMarketer, advertising revenue from podcasts is expected to exceed $1 billion in the U.S. this year for the first time. But Apple has gone all-in on services for its future revenue growth, so the major surge in popularity of podcasting has finally woken it up from its slumber and Spotify will have to keep up the hustle.

Apple effectively invented the podcast format a decade ago, but its market share has fallen to 24 percent in 2021, down from 34 percent in 2018. Spotify has more than 155 million subscribers; Apple last reported in 2019 that Apple Music had 60 million. Podcasting is still in its infancy, so Apple could make up ground there.

The land grab continues — Spotify is partnering with Facebook on a new initiative to recommend podcasts on the social network. Facebook itself has been investing heavily in audio products, including one to rival social audio app Clubhouse. Others including Reddit, and, confusingly Slack, are also creating audio products. Basically, every major tech company is in a land grab to gain market share in listening, where they could make big bucks monetizing people’s time driving to work or completing errands.

Apple will try and differentiate itself with its focus on privacy, because it doesn’t offer the same user data to advertisers that Spotify does. But will that be enough?

Spotify has been fighting against Apple aggressively in the court of public opinion, pushing regulators to take punitive action against it, saying that Apple unfairly promotes its own services over those from competitors.