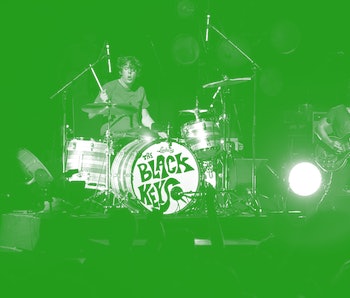 The virtual concerts, which will all be prerecorded live and broadcast at spotify.live, feature super popular artists like The Black Keys (May 27), Bleachers (June 10), and Leon Bridges (June 17). Each concert is priced at $15, whether or not you subscribe to Spotify Premium, and will last anywhere from 40 to 75 minutes.

Spotify seems to have left the details of the stream open to artists. Some will be performing from bars and stages while others have more creative endeavors prepared. Jack Antonoff is performing from a bus, apparently, while Oslo-based girl in red is promising “a world in red (and a world of rock) with unique lights and video filters.”

Spotify is definitely a little late on the trend here; it’s been more than a year since we first began canceling in-person concert events. But the company’s willingness to organize these events now, as the COVID-19 vaccine rolls out slowly but surely around the world, means the company understands virtual experiences aren’t going anywhere.

Online experiences are here to stay — Yes, the timing of these concerts is a little wonky, given that in-person concerts are already being booked in big cities across the United States. But that the world’s re-opening doesn’t mean everything is going back to the way things were before March 2020 — we’ve learned a lot in the last year or so, including that virtual experiences can be rewarding, enjoyable, and accessible.

Spotify’s commitment to virtual concerts at this late date shows the company understands this. An online concert might not bring in quite as many fans, but it does open access to people who usually wouldn’t be able to attend concerts at all — those confined to their homes or wary of large crowds, for example. That accessibility doesn’t change just because we’re allowed to gather.

Expanding the empire — Virtual concerts are also a notable development in Spotify’s business strategy. Spotify isn’t just for streaming music anymore. The company’s expansion into the world of podcastshas proven very fruitful in listeners if not in profit. Now Spotify can add virtual concert hosting to its list of products, too.

Tickets are on sale now at sptofiy.live. You’ll just need a Spotify account — free is fine — to purchase the $15 passes.