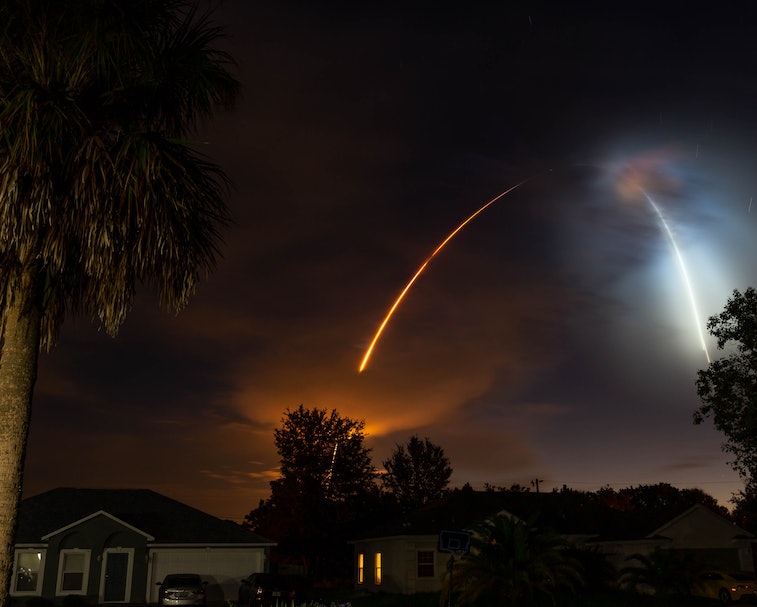 SpaceX has said that once it achieves CEO Elon Musk's goal of reaching Mars and colonizing the planet, any disputes on the Martian settlement will be dealt with using "self-governing principles" established in good faith.

That information was spotted in the terms of service for the rocket company's satellite-based internet service, Starlink. Invites recently began going out for the beta program, and interested parties will need to pony up $600 to begin using the service.

Starlink promises that it will be able to provide faster internet speeds to rural areas than existing satellite internet providers by using a larger network of small satellites with wide coverage.

Under the TOS section titled, "Governing Laws," SpaceX states that Starlink's internet services on Earth and the moon will abide by laws set by the state of California, where SpaceX is headquartered. But on the Red Planet, anything goes.

Mayhem on Mars — Musk already chooses to ignore the rules on Earth in favor of whatever is in his best interest, so what "good faith" looks like is impossible to say. He famously tweeted back in March that the "coronavirus pandemic is dumb" and went on to send his workers at Tesla back to the company's Fremont, California factory despite local regulations prohibiting it in the interest of safety. And, lest we forget, he was forced to settle with the SEC after he pumped Tesla's stock price by claiming that he secured funding to take the company private (he didn't).

The change to SpaceX's terms of service comes a week after Musk told the Mars Society that settlers on the Red Planet will need to be self-sufficient in the event that Earth stops sending ships for any reason. "I think the probability of [a settlement] being created after World War 3 – hopefully there's never a World War 3 – but the probability of after is low, so we should try and make the city self-sustaining before any possible World War 3." SpaceX has said that Starlink would be essential for communicating back to Earth.

You'll probably die — Mars would be, it should be said, a very unpleasant place to live based on the atmospheric conditions there. Billionaires including Musk and Amazon CEO Jeff Bezos essentially believe that there's no way to turn back the clock on global warming back home, and eventually, Earth's growing population will use all the planet's finite resources, making expansion onto other planets a necessity. Out in space, Musk would also be free from regulators who've slowed his ambitious projects.

Musk acknowledges that the mission to build a civilization on Mars will be difficult and dangerous. "Not for the faint of heart. Good chance you'll die. And it's going to be tough, tough going, but it'll be pretty glorious if it works out." Musk has legions of loyal fans who act as guinea pigs for his many projects, so we have no doubts he'll have at least a few takers.

SpaceX intends to send its first Starship rocket to Mars in 2024, though uncrewed on the first run. The goal is to eventually send one million people to live on the planet. SpaceX has made great leaps in spaceflight, such as by creating reusable rockets that safely land back on Earth.

Bezos was heavily criticized for comments a couple years ago when he said, "The only way that I can see to deploy this much financial resource is by converting my Amazon winnings into space travel. That is basically it." Meanwhile his company continues to pay very little in taxes and his employees toil way under grueling working conditions.