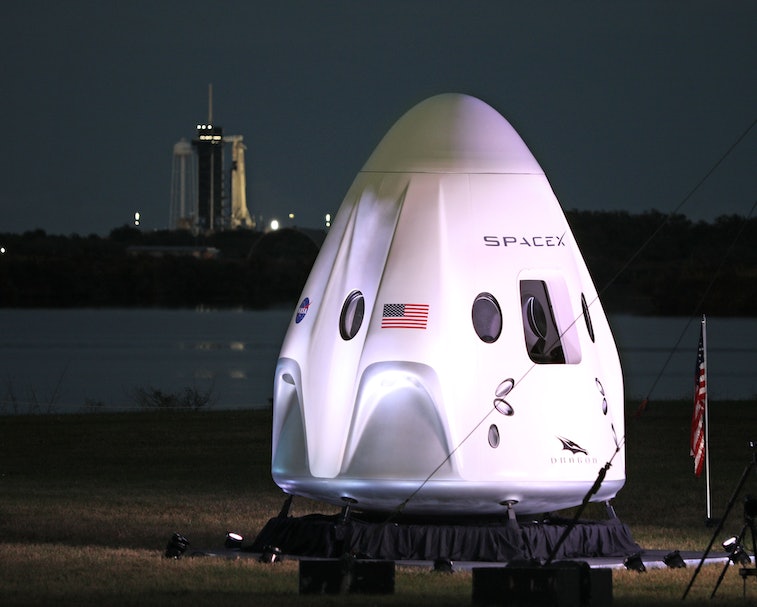 SpaceX announced today that it will send its first "all-civilian" crew to space at the end of 2021, with anyone who donates to St. Jude Children's Research Hospital eligible to win a spot aboard the Crew Dragon capsule.

The four-person mission is being headed up by tech entrepreneur Jared Isaacman, the CEO of Shift4 Payments. He has donated $100 million to St. Jude and will be taking one of the seats, with two others taken by a frontline healthcare worker and an entrepreneur who uses Isaacman’s Shift4 e-commerce platform. The last one will go to a raffle contestant.

Unlocking space — Elon Musk's rocket company has already conducted two crewed missions to the International Space Station (ISS), but in both cases, the passengers were trained astronauts. This time it will be made up exclusively of novices who will receive training before they take flight, with "a specific focus on orbital mechanics, operating in microgravity, zero gravity, and other forms of stress testing," according to the company.

“This is an important milestone towards enabling access to space for everyone,” Musk told reporters on a call, as reported by The Verge. SpaceX has brought down the cost of space flight by creating reusable rockets, and the company has long-term ambitions of sending one million people to colonize Mars. The idea, as SpaceX explains it, is that space has unlimited resources and energy that can be tapped to help preserve Earth. The significant cost of space travel has been one of the biggest impediments to unlocking that potential.

There's money in the stars — By demonstrating a successful civilian-crewed mission, SpaceX may stoke interest in more revenue-generating private trips. It was recently announced four wealthy individuals are paying $55 million each to take an eight-day trip to the ISS, where they will participate in "research and philanthropic projects." In 2018, Musk said Japanese billionaire Yusaku Maezawa will take a ride around the moon on SpaceX’s new rocket system Starship, which is still in development.

According to SpaceX, the four-person crew will spend up to five days aboard the Crew Dragon as it orbits Earth every 90 minutes, but Isaacman may change the flight path or other parameters. Training details are limited, but participants will be practicing long enough to get to know each other pretty well before they take flight.

T&Cs — In order to be eligible, the fundraiser's rules state that participants must be "physically and psychologically fit for training," under 6-feet and 6-inches tall, and weigh less than 250 pounds. If the mission is delayed past 2022, crew members will get an alternate prize of $150,000.

This mission will mark the biggest fundraiser ever for St. Jude, according to Isaacman. “If we’re going to continue making advances up there in space, then we have an obligation to do the same down here on Earth,” he said.