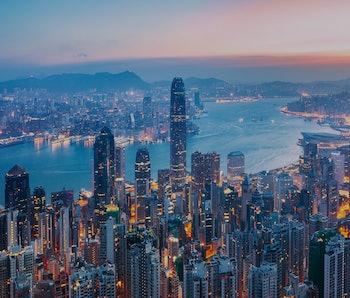 Facebook, Google, and Twitter are among the tech companies that have stopped complying with requests for user data from law enforcement officials in Hong Kong after China imposed a vague new national security law on the city. The law states that if police suspect a message posted online "endangers national security," authorities may ask the user or platform to censor it. Those who don't comply could be fined or sent to jail for one year.

The response from the tech giants means they won't offer up information about users who have posted content anonymously while they review the new law. WhatsApp told the Wall Street Journal it will stop reviewing data requests “pending further assessment of the impact of the National Security Law, including formal human-rights due diligence and consultations with human-rights experts.”

Beijing is cracking the whip — The law comes in response to the pro-democracy protests and specifically addresses activities related to secession, suggesting any speech threatening China's grip on the city "endangers" national security and will likely be censored. Residents have responded by scrubbing their social media accounts in fear of being targeted. The same platforms that enabled citizens to organize and protest for more freedom may unfortunately be used against them to clamp down on insurrection.

TikTok, which is owned by Chinese company ByteDance, said it would pull its app out of Hong Kong altogether. That company has in the past been accused of censoring content deemed sensitive in China — a claim it denies — and has been trying to distance itself from the accusations through moves like this.

Hong Kong is further merging with China – The new law threatens the longstanding independence of Hong Kong, which has served as a major financial hub due in part to its free flow of information. China does not enforce its internet firewall in the city, though the national security law has many worried that it may soon do so. Facebook and Google recently received permission to turn on an overseas internet cable that will speed up delivery of their services in Asia, but U.S. authorities forced them to bypass Hong Kong over fears of Chinese authorities trying to interfere as the country aims to censor information critical of the regime even beyond its borders.

It's unclear whether the aforementioned tech companies will remove content in compliance. Hong Kong has a population of only 7.5 million, however, so leaving the city wouldn't be huge for them in terms of user numbers. For users of the companies services in the region, though, it'll be a substantial blow.

Tech companies with any involvement in China have received intense pushback of late, including most recently Zoom, which lawmakers and activists have attacked for complying with Chinese censorship laws to close a U.S.-based account. This could become an even bigger issue with regards to Hong Kong if the law is put into action. Tensions between the U.S. and China could rise even higher than they are now.

Going dark – China's treaty to keep Hong Kong independent ends in 27 years, and before then it can continue to bring in lots of money from Chinese companies that choose to hold their public offerings in Hong Kong. Investors prefer to invest in Chinese companies that host their stock offerings in Hong Kong because there's more assurance their money won't be seized or restricted from being taken offshore. China is further cooling international interest by drawing Hong Kong nearer to it. But clearly it's decided that's worth the risk.