Sonos review scores have been collapsing since its 'legacy' product controversy 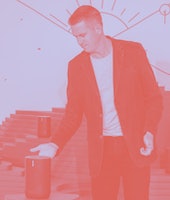 The average Sonos product review score, down from 89.9% just a few weeks prior.

Yesterday, Sonos CEO Patrick Spence wrote an apologetic letter to its longtime users. In the note, he walked back the company's plans to push older equipment into an end-of-life state through a combination of software changes, its use of a kill switch to disable working hardware, and strange policies around compatibility between newer and 'legacy' devices. One of the possible reasons for the sudden turnaround on plans and messaging? Sonos reviews have been tanking online.

According to ThinkNum, reviews of Sonos products on its own site have nosedived since around December 30 — right after the Twitter uproar over "recycle mode" and Input's first story on the issue — and have continued on a downward trajectory since.

Taking it online — On December 16, the average review score for a Sonos product was 89.9 percent, but as of today the number sits at 60.2 percent. Not only have reviews turned more negative, the volume of new reviews has increased markedly, and as ThinkNum points out, many of the latest reviews focus in on the recent controversy. Unsurprisingly, those reviews are littered with one star ratings and angry commentary on Sonos' decisions to disrupt the systems of some of its most loyal customers.

It will be interesting to watch changes in these scores as Sonos works to rectify the issues it created and forge a path forward for both new and legacy devices, as Spence promises in his note.