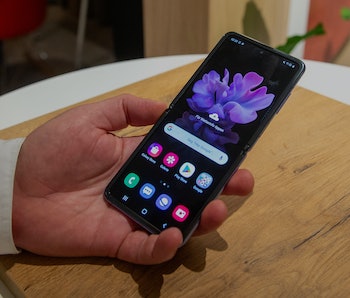 Korean news website ETNews reports that Samsung, which is due to announce its next Note phone next week, is reportedly considering shipping some of its phone models without chargers in 2021. Similar rumors have been doing the rounds about Apple's forthcoming iPhone 12.

It's a rumor but if it turns out to be true, it could help with reducing the e-waste produced by extra chargers around the world. For years now, major entities including the European Union have called on electronics manufacturers to seriously contend with the environmental impact of their mass production. This might mean Samsung could be listening to concerned individuals.

But, more likely, it's Samsung — like Apple — looking to cut costs, while also adding another new accessory, like a phone cover, that most users will fork out money for when they upgrade their device. While people with drawers full of chargers might not mind, for those who don't, or who want to take advantage of new, faster-charging support, having to buy a charger separately would be irksome.

The workaround would be companies offering an optional charger at no cost. But we don't expect that will happen if the alternative is to instead offer it as a paid add-on. And, eventually, we expect manufacturers will do away with chargers entirely, as soon as wireless charging is fast enough to make the feasible for consumers.

Samsung isn't the only one — If Apple does drop chargers, you can bet Samsung will follow suit. Or, it'll keep them for a little longer, rub it in Apple's face, and then quietly drop it... just like it did with first 3.5mm audio jacks, and then USB-C to 3.5mm adapters the first change necessitated. Sadly, the odds look good, because Apple's always been particularly bad when it comes to chargers by failing to put the highest speed charger in the box of many of its products so that users who want the speediest performance have to spend more money to get it.

Production and package would change — Of course, when you take chargers out of the production line, your packaging will look smaller and more compact. If Samsung indeed deploys this decision in 2021, you can expect its product boxes to change considerably. And that's not a bad thing. It means less waste, but also the ability to ship more of them and have them take up less place in warehouses or on store shelves.

Now, about the environment — It doesn't matter which company produces a smartphone charger, one basic fact ties them all: they eventually pile up in your house after you get a new phone. It's a common problem with a tangible and measurable effect on our physical environment. The demand for smartphones has a directly proportional relationship with the e-waste the sector produces. According to the European Union, this production ends up creating 50 million metric tons of e-waste globally, annually.

The demand for phones isn't going to decline any time soon. A common charger or wireless charging standard across the sector could help cut the waste. And, like it or not, so could making chargers optional extras.