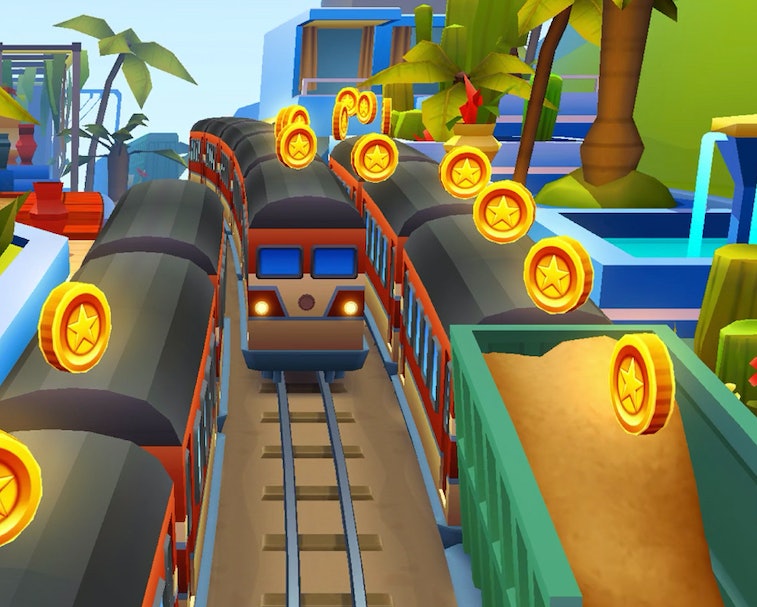 One of last year’s most significant iOS updates came in the form of App Tracking Transparency, which forces apps to ask whether or not users consent to their data and app usage behavior being collected by third-party developers. The feature has been touted as a privacy savior for iPhone owners (and a pain point for Facebook), and it was adopted by 96 percent of U.S. iPhone users after its initial release.

Just because you ask politely for apps not to track you doesn’t mean they’ll actually listen, though. Some popular apps are just straight-up ignoring your request for your data to be kept private, a new report from The Washington Post reveals. The publication conducted a thorough investigation in conjunction with Lockdown, an app developer focused on privacy — and the results don’t look good.

The investigation found at least three iPhone games — popular enough to make it to the top of the App Store charts — sending explicit user data to third-party advertising companies, even after the user has selected the option for their information not to be collected. And Apple has done nothing about those apps’ invasive methods, despite being alerted to them weeks ago.

Still getting fingerprinted — Hitting the “Ask app not to track” button does seem to block that app’s access to one important number: the IDFA (ID For Advertisers), which is used to quickly identify an individual iPhone. Other than that one number, though, asking an app not to track you doesn’t seem to actually block much at all.

In the case of Subway Surfers, the long-running popular iPhone game, Lockdown found the app was sending 29 data points about a user’s phone to an ad company called Chartboost. That information includes your IP address, your remaining free storage, and your current volume level, to three decimal points. And that’s only the beginning. Your phone’s language, enabled keyboards, calendar type, battery level, screen resolution… the list goes on.

It’s enough data to form a digital fingerprint — basically forming an IDFA for your device without access to the actual number.

Apple needs to be vigilant — The developers of some apps Lockdown found sidestepping the new privacy policy did not respond to requests for comment. Those that did — including Sybo, the maker of Subway Surfers — claimed all that data is sent “in order for the game to function properly.” Which sounds like a very flimsy excuse, given that none of that information is at all related to a game where you ride atop subway cars.

Apple has stated explicitly that apps attempting to circumvent iOS’s privacy features will be banned. It seems the iPhone-maker will need to be much more vigilant in catching those violations, given that all these popular apps are flouting the rules so brazenly. But then again, when these apps were explicitly flagged for Apple, the company failed to take any action.

“When it comes to stopping third-party trackers, App Tracking Transparency is a dud,” said Lockdown co-founder Johnny Lin. “Worse, giving users the option to tap an ‘Ask App Not To Track’ button may even give users a false sense of privacy.”