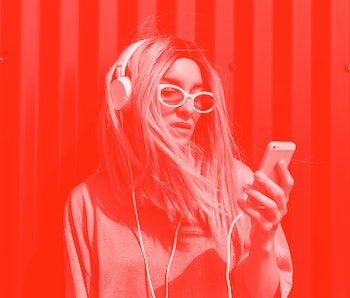 Snapchat is now allowing creators to display how many subscribers they have on their public profiles. The app is famous for never allowing users to display public-facing metrics about their audiences, as those numbers can make people feel insecure or competitive. But Snap told The Verge that creators basically demanded it.

“We’ve listened to feedback from our creator community and many of them expressed interest in having the option to show that their community on Snapchat is growing,” a spokesperson said. The subscriber count display can be toggled on and off as creators wish.

Dealmaking — Users were already able to see their own subscriber counts through an insights tool, but public-facing numbers can be easier for coordinating business deals. Brands might view a creator's profile and look at their subscriber counts to decide whether or not to approach them. Previously brands would've had to ask creators to share that information before committing to a deal. Also, you know, displaying your high subscriber count can be a brag.

Instagram has gone in the opposite direction by hiding like counts on posts, though follower numbers are still visible and the new Reels section, a clone of TikTok, does display like counts. Lacking those competitive insights may be good for users, but it's not so good for brands looking for data regarding their potential return-on-investment.

RIP Vine — You might say that displaying like counts goes against Snapchat's vibe as a place free from the anxiety induced by other social media platforms. But ignoring the demands of creators on your platform is a bad move. After resisting demands from creators to build monetization tools, the biggest stars on Vine departed for YouTube and Instagram where it was easier to make money. And now Vine is dead.