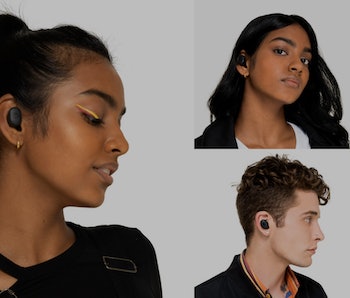 Skullcandy, a purveyor of budget headphones, has taken the wraps off two new models of truly wireless earbuds. What’s most notable is that they feature what the company is calling “SkullIQ,” its own hands-free voice assistant that will surely rival the likes of Siri and Google Assistant.

The two models being released are the Grind Fuel, which retails for $100, and the Push Active ($80). The pricier model comes with nine hours of battery life (40 hours with the case), wireless charging, and built-in Tile tracking for when they go missing. The Push Actives, meanwhile, are geared towards gym rats with built-in earhooks for use while exercising and have a battery life of 10 hours. They drop wireless charging but otherwise include all the same features as the Grind Fuel, like Tile tracking.

Limited functionality — With SkullIQ, wearers can use the command, “Hey Skullcandy,” to do things like launch Spotify and trigger other commands, such as playing and pausing music, and accepting or rejecting calls. But that’s about it. SkullIQ does not connect to the internet, so you can’t pull up local weather or ask trivia questions. If you want to do that, you’ll need to say, “Hey Skullcandy, Assistant,” which will trigger your phone’s native assistant. That seems a bit cumbersome.

One other notable feature of SkullIQ is that you can use the associated app to configure buttons on the sides of the earbuds to launch different commands, like taking a photo. That customization is probably going to be fairly limited on iOS however, due to Apple’s restrictions on the operating system.

Buy AirPods — Most headphones will allow you to trigger your phone’s native assistant to complete tasks, so it’s unclear exactly why you’d want to use SkullIQ, besides maybe when you’re out of reach of cell service and Siri won’t play your music for you. Taking a picture from a distance is kind of cool, but probably not a must-have. A regular pair of AirPods retails at $119 on Amazon, too, and you’re getting the standard-bearer of truly wireless earbuds. As an alternative to Apple’s Powerbeats, the Push Actives might be interesting. But no one’s going to be clamoring to get these this holiday season.