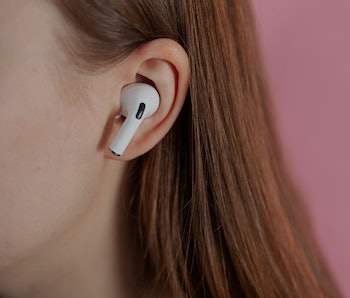 Spotify users, rejoice: iOS 14.5, currently in beta, introduces the ability to change the streaming service that Siri plays music and podcasts from. The update to iOS addresses other issues, such as using Face ID while wearing a mask (though you'll need an Apple Watch for that one), but it's the ability to make Spotify our default music service we're really excited about given we spend way more time at home listening to music these days that we do out in the world trying to unlock our iPhone with our mask-covered faces.

According to users on Reddit, the first time users ask Siri to play a song or podcast on iOS 14.5, the "smart" assistant will ask which service to play from, so long as third-party players are installed. If users specify they'd like to play from Spotify, that will automatically become the default for all future music requests. Heretofore you would have to specify you'd like to play a song "from Spotify" each time.

A little over-eager — Some people have reported that Siri has defaulted their music player to Spotify without even requesting it. Others have said that Siri first asks for permission to access their Spotify data before it makes the default switch.

The change will certainly be welcomed by the legions of people who refuse to give in to Apple's wishes and use its own Apple Music service. Spotify CEO Daniel Ek has long complained that Apple's services have an unfair advantage over the competition because, among other reasons, they're pre-installed on all new iOS devices and are allowed deeper OS-level integration. He has said that he expected Apple to open up its OS more in response to rising antitrust concerns, which squares with what we're seeing now. Apple has also begun allowing users to change other default apps, including those for email and web browsing.

Shifting strategies — Even though Spotify will get better support in iOS, it is facing a new challenge in Apple's newly launched Apple One bundle, which combines numerous Apple subscription products — including Apple Music — into one monthly fee. But Spotify has been turning its attention to podcasting of late, where it has been building a lineup of exclusive shows including The Joe Rogan Experience and Reply All. The hope is that there will be more money to be made in podcast advertisements, and that exclusive conttent will help differentiate Spotify from other music streaming apps that all largely feature the same catalogs.