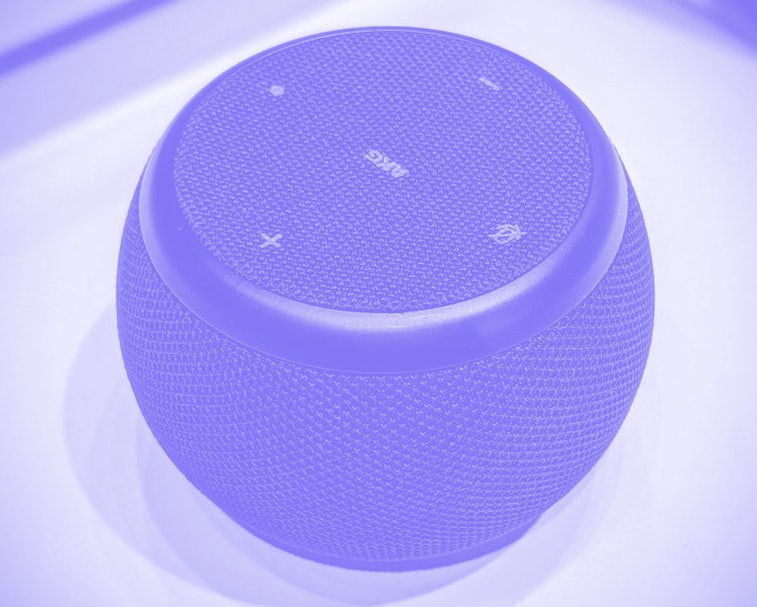 Samsung unveiled its Galaxy Home smart speaker all the way back in 2018 and yet, inexplicably, still hasn’t released the thing. In a now-deleted announcement to its site, however, Samsung seems to have set a Korean launch date of February 12 for the Galaxy Home Mini, a smaller version of the smart speaker that was announced in 2019.

The announcement was spotted by the news site TizenHelp, and in it, Samsung indicates that the Galaxy Home Mini will cost 99,00 KRW ($83 USD), with pre-orders beginning sometime before the 12th. The speaker is powered by Samsung’s Bixby smart assistant, which the company unveiled in 2017 but hasn’t really ever taken off.

Good luck, I guess — If Samsung really does finally sell this speaker, it will be entering a crowded field dominated by Amazon’s Alexa and the Google Assistant.

Amazon, in particular, has won by saturating the market with cheap Alexa-powered devices, making the assistant available to any hardware manufacturer who wants to market their latest toaster or microwave as being Alexa-enabled. The Information reported late last year that Amazon has over 10,000 people working in its Alexa division. It’s believed to control about 60 percent of the smart speaker market.

This looks familiar — The Galaxy Home Mini looks a lot like the latest Echo Dot or even Apple’s HomePod, with a bulbous mesh design and controls on top for volume and a microphone toggle. It also has 5W speakers tuned by Samsung’s AKG audio division. Otherwise the feature list is pretty standard, including a multi-room speaker function and the ability to send text messages with your voice. Its Bixby assistant is much less popular than Alexa or the Google Assistant, and for that reason it really seems like the Galaxy Home will be geared towards real Samsung loyalists. The ecosystem surrounding competing smart assistants is just so much larger.

It’s unclear why it’s taken so long for Samsung to release the speaker, and the company hasn’t shed much light on that. We also don’t know if the speaker will go on sale in the U.S. around the same time.