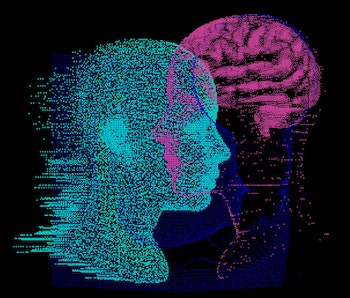 Harvard researchers in partnership with engineers at Samsung Electronics published a prospective paper last week in the scientific research journal, Nature Electronics, laying out their vision of a true neuromorphic future for computer chips that can “approximate” human brain functions.

“The essence of the vision put forward by the authors is best summed up by the two words, ‘copy’ and ‘paste,’” explains Samsung’s official announcement, which also outlines the team’s plan to “copy the brain’s neuronal connection map using a breakthrough nanoelectrode array” that could then be rendered onto a high-density, 3D network of solid-state memories.

Although years away from becoming a true possibility, the team hopes their roadmap will eventually enable the creation of computer chips mimicking the human brain’s unique capabilities of low power consumption, facile learning, environmental adaptation, and eventually “autonomy and cognition.”

“Breakthrough nanoelectrode array” — The new venture’s foundations lay in a “breakthrough nanoelectrode array” designed by team members that can enter into a large number of neurons and accurately record their electrical signals. These recordings form an intricate “neuronal wiring map” which can then be copied and pasted onto non-volatile memory, aka solid-state drives and restrictive random access memories.

Don’t expect it soon — Of course, as Samsung notes in its announcement, a human brain possesses around 100 billion neurons alongside “a thousand or so times more synaptic connections,” meaning the project’s final neuromorphic chip will require something to the tune of 100 trillion memories.

To accomplish this, the chip will need to be built using a three-dimensional integration of memories, so yeah... pretty ambitious, but a long way off from becoming a reality.

Impressive neurocomputing advancements already here — Just because Samsung and Harvard’s neuromorphic goals are on the distant horizon doesn’t mean some seriously incredible leaps are taking place within the fields of neuroscience and brain-computer interfacing. Recently, the world’s first successful wireless transfer of information between human brains and machines, a major landmark in potential treatments for those with paralysis and mobility issues. And then, of course, there’s Elon Musk’s Neuralink which is... helping monkeys play brain-Pong. Admittedly cool, but also a decade behind the curve with that one, Mr. Technoking.