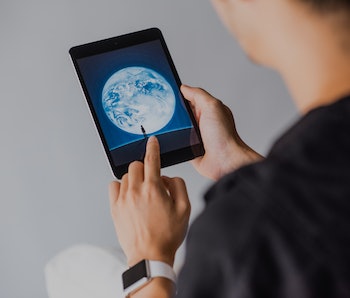 Reports of late have suggested that Apple plans to revamp the iPad mini with a design similar to that of the latest iPad Air and iPad Pro. Now, credible Apple tipster Ross Young has corroborated that possibility in a series of tweets.

Young currently works as an industry analyst following stints in the display divisions of both GE and Samsung.

The iPad mini looks fundamentally the same as it did when it was first released back in 2012, and it sits in a weird place in Apple’s tablet lineup. It’s small and portable, which could make it good for lounging around the house. But its 7.9-inch display is not a lot larger than those found in today’s smartphones. And confusingly, the iPad mini costs $70 more than a larger 10.2-inch iPad with nearly identical internal specs.

Portability — Whereas it’s hard to recommend the iPad mini today, a revamped design could be interesting. Young says the new iPad mini will drop the home button and make room for a larger 8.3-inch display, which supports earlier reporting from Bloomberg. Apple will likely continue using Touch ID for authentication but move the sensor to the sleep / wake button, as it did when it redesigned the iPad Air.

If all of these rumors are correct, the iPad mini could be easier to recommend to people who absolutely value portability. The tablet has its fans — people who want something that fills the gap between a phone and a bulky laptop or tablet. That’s the idea Apple had in mind when it released the iPad mini, it’s just that it lost some of its lustre as smartphone screens started becoming bigger.