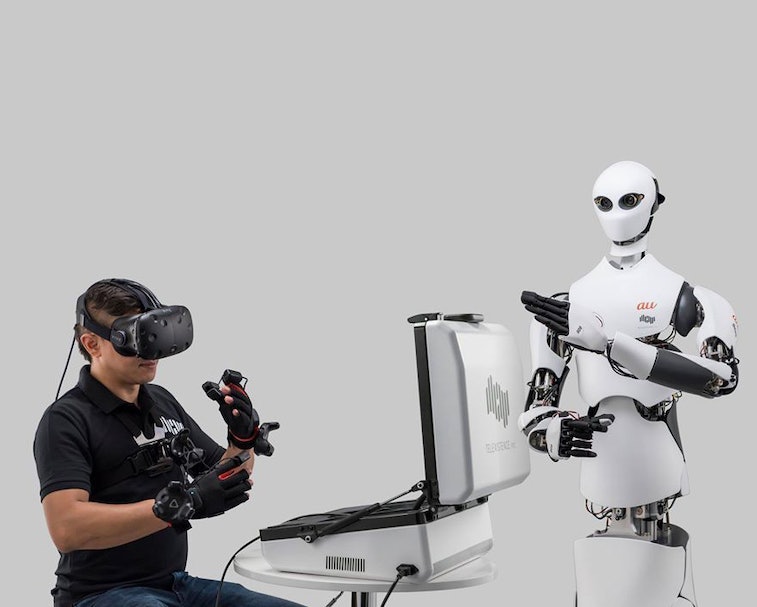 FamilyMart, a chain of convenience stores in Japan, will soon place remote-controlled robots in its Tokyo locations that will be used to stock shelves. The hope is that the new robots will reduce costs and help stores with limited staff by beaming in operators from other locations as needed.

Going full Avatar – The robots are designed by a company called Telexistence and function not as intelligent robots but rather as surrogates for real people. Kind of like in Avatar, but for retail, not world-saving. Using a VR headset and haptic gloves, the operator can pick up and move everyday objects with minimal latency, according to Telexistence.

Japan loves tech — The robots themselves have stereo cameras and binaural microphones that are supposed to approximate for the operator what it would actually sound like to be in the store. Presumably, they could converse with customers and direct them to the bread aisle. If Japan loves anything more than vending machines, it's probably robots, so Japanese shoppers probably won't be weirded out by talking to a robot, like Americans might be. This is, after all, the same nation that's using robots as cheerleaders at sporting events.

Some might see this as another step nearer robots taking human jobs, especially if eventually the robots don't need human handlers. But besides helping stores reduce costs, the robots could allow employees to have more flexible work schedules because they could "log on" as needed and wouldn't need to commute to a physical store. A robot could also, you know, not be at risk of being harmed in a robbery.

Perhaps this could also help people with disabilities or the immunocompromised who can't normally work in such environments, and they could also help limit the spread of viruses, which could prove extremely useful during the next pandemic.

The optimistic take – The common refrain from automation-optimists and robotics fans is that as they become more prevalent robots will actually create more jobs in the process, because human technicians, programmers, salespeople, and supervisors will likely still be necessary. McDonald's has added kiosks to its restaurants in much of the world, but cashiers are simply shifted to fry duty as delivery apps increase business. Then again, further innovations like Amazon's cashier-less Go store are unlikely to replace the jobs it trims with an equal number of new opportunities.

FamilyMart stores aren't about to be wholly robot-operated anytime soon. The company says it will begin testing the Telexistence robots in Tokyo this summer and aims to have them installed in twenty stores by 2022. But there'll still be people in the background operating them. For now, at least.