Robinhood files IPO days after being fined millions for incompetence 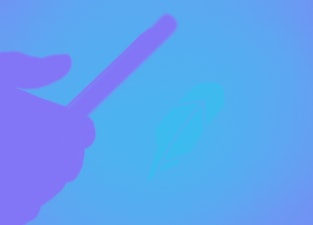 How much Robinhood was fined over customer complaints.

Stock trading app Robinhood has filed to go public just days after regulators fined it $70 million in the wake of customer complaints. The company plans to begin trading on the stock market by the end of the year.

Robinhood is targeting a valuation of at least $40 billion, and will probably get there considering its growth. On the back of stimulus-fueled demand, revenue tripled to $959 million in 2020, up from just $278 million in the year prior. It generated more than $502 million in revenue in the first half of 2021 alone.

Repeated settlements — Despite its success, Robinhood has come under increasing scrutiny over the app’s “gamification” of investing, and marketing to young individuals who have little or no investing education.

Before this new fine, it was charged by regulators over misleading practices — Robinhood says it charges customers no fees for trading, but each trade is actually executed by an outside firm that sells the shares to Robinhood for slightly more than it pays. For that concern, it was forced in late 2020 to pay $65 million to the Securities and Exchange Commission.

As part of this latest settlement with regulators, the company was ordered to pay $57 million to the Financial Industry Regulatory Authority (FINRA) as well as $12.6 million to reimburse customers as a result of misleading information. It admits no wrongdoing as part of the deal, but FINRA came out with a document that details a litany of problems that have plagued the app, including frequent outages during periods of high trading activity as well as more insidious problems.

Incompetence — The company, for instance, has allowed people to sign up using the social security numbers of dead people, and it mistakenly told others who were trading on borrowed money that they had to deposit funds in their accounts when they really didn’t, which could have meant that some investors made less money than they otherwise could have.

In an incident that led to tragedy, a 20-year-old man took his own life after Robinhood restricted his trading and reported in the app that he’d lost nearly $750,000 in a risky bet. But he may have not lost any money at all because of the way his trades were structured; the shares he bought and the shares he sold should have canceled out. The trades simply hadn’t yet been cleared in his account, but the man didn’t realize that and the app provided no explanation of the situation.

In response to a lawsuit by the man’s family, Robinhood implemented new measures like a requirement that investors take educational courses if they want to participate in more sophisticated trades.

Stonks — Still, all the problems paint the picture of a company that doesn’t have basic competence. It’s playing in a highly regulated space where it’s managing people’s money, but appears to act with the seriousness of a Silicon Valley startup concerned most with growing as quickly as possible. When you’re dealing in such a serious field, technical bugs can have serious detrimental affects.

Fortunately for the company, it seems excitement around meme stocks and cryptocurrency are cancelling out any concerns about its problems. FINRA found that the app saw one million new downloads in the wake of the GameStop fiasco when Robinhood didn’t have enough money on hand to complete trades for its users.

These new users don’t seem to be high value customers, though. Robinhood markets itself as the future of investing, but it has only 13 million users with money in their accounts, and of that, the average amount in an account is just $240. Soon we’ll be able to see if more “sophisticated” investors believe in Robinhood’s story, or if they see the app as a flash in the pan that people are using for casual gambling more so than serious investing.