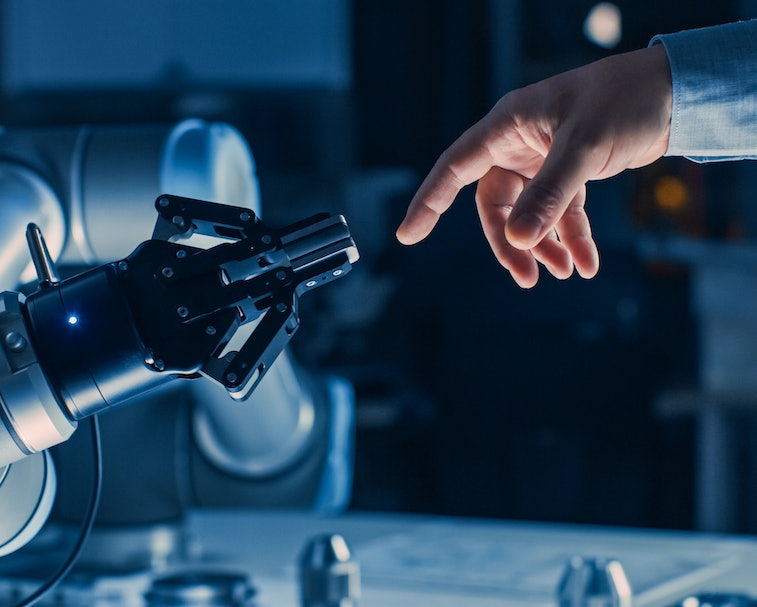 Your skin is the most significant system that protects you from the dangers of the world, including keeping germs, microbes, and more at bay while also helping you regulate your temperature. Most importantly, your skin and sense of touch enable you to discern between hot and cold, pleasure and pain, soft and rough, and many other sensations and textures. But what if someone has a prosthetic limb? How do they physically process the world and interact with it? To answer this question, researchers at the National University of Singapore have embarked on a scientific journey involving "electronic skin."

The result is remarkable. This electronic skin is able to calculate and recreate multiple types of touch. It does so with the help of over 100 small sensors through what its makers call Asynchronous Coded Electronic Skin (ACES). It's a fairly tiny device: just 0.16 square inches. But it can be used to help a person's nervous system spot and process at least 30 types of textures and even read Braille letters.

How does it work? — Attempts at creating electronic skin are nothing new. In 2019, researchers like Anusha Withana worked on electronic skin to help people with disabilities. That solution was an incredibly thin and flexible tape-like skin with electronic circuits neatly embedded in it. Once applied to the body, it could process sensations, surfaces, and even emit vibrations.

The researchers at the National University of Singapore say ACES is able to differentiate between a soft stress ball and a hard plastic ball. For people with prosthetic limbs, the tactility provided by electronic skin can help them navigate the world far more efficiently.

After Luke Skywalker loses his right hand after a bout of combat with Darth Vader, he has it replaced with a robotic equivalent that can process touch. It sounded absolutely impossible in 1980 when The Empire Strikes Back was originally released. Today, however, the technology exist (though, sadly, the light sabres don't yet).

Scientific intervention in touch technology is constantly evolving. In the recent years, we've seen researchers use 3D printers to help burn victims while other teams have used "brain-computer interfaces" to help restore the sense of touch in patients. This is only the beginning, and one day no matter who your father is, if you lose a limb you might not also have to lose the sense or touch it once provided you.