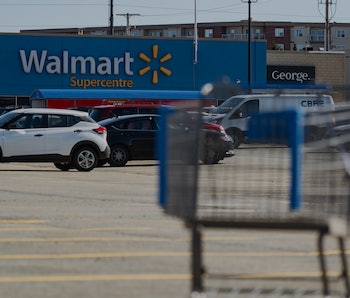 Walmart is developing a new subscription service to compete with Amazon Prime, according to report today in Recode. The service, called Walmart+, will likely cost $98 per year and offer customers unlimited same-day delivery of groceries from 1,600 stores across the U.S. Walmart confirmed that it's developing a service under the Walmart+ moniker but declined to offer more specifics.

Amazon isn't giving up on grocery — And that seems to be what's motivating Walmart to focus on grocery delivery rather than the full selection of products available on its e-commerce website. The retail giant has tried to expand its e-commerce business by turning it into a marketplace like Amazon, where third-party merchants can list their own products and ship them to customers. But Walmart.com still has a much smaller selection than Amazon, which had a huge head start and now has more than 150 million customers paying for fast shipping. Groceries, however, are where Walmart reigns supreme.

Amazon has for years attempted to break into grocery through initiatives like its Amazon Fresh grocery service, the acquisition of Whole Foods, and the launch of cashierless convenience stores. But none of these initiatives have contributed meaningfully to Amazon's business. The recent launch of its cashierless grocery store shows that the company is still committed to becoming a force in grocery, however, and that clearly has Walmart worried. Amazon owns 40 percent of e-commerce sales in the U.S. and has that huge base of Prime members who spend more than non-Prime customers. If it can perfect grocery, Walmart would be at risk of ceding the only business where it's a true leader.

Walmart has some advantages — Like the over 4,000 stores it has spread across the country from which it can delivery groceries, with 90 percent of Americans living within 10 miles of a Walmart store. Amazon doesn't have nearly the same footprint. Walmart also has pharmacies in its stores and gas stations at many locations — Recode reports that the company may add delivery of prescription drugs to Walmart+, as well as discounts on gasoline. Those additions could help the service differentiate itself from Amazon Prime.

The question remains whether Walmart's "everyday low price" shoppers will want to pay an annual membership fee, and whether or not unlimited grocery is enough to entice them in the face of Prime, which includes a slew of perks beyond speedy delivery.