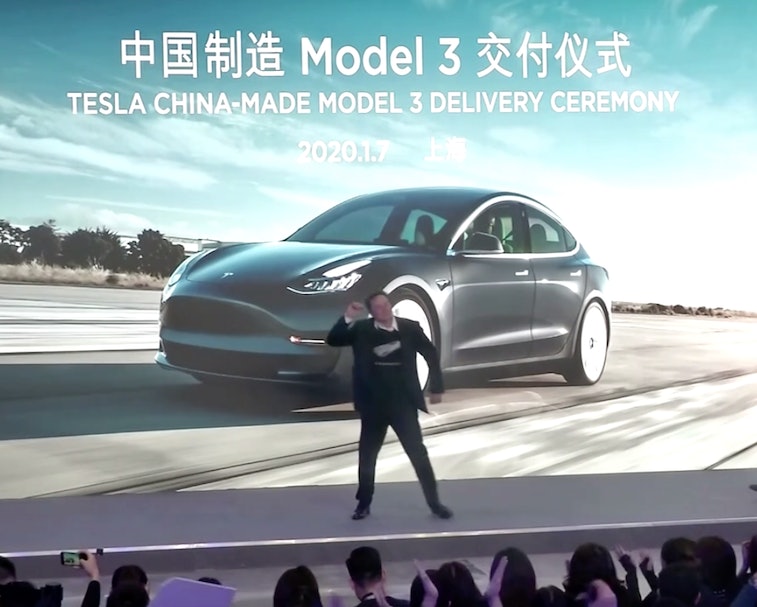 The production of Teslas in China is off to a brisk start — almost too brisk, according to a report from The Wall Street Journal. Right now the Shanghai Tesla facility is set to pump out somewhere around 1,000 vehicles per week, but the company is looking to eventually make more than 500,000 cars per year there. Chinese suppliers might not be as ready as Elon Musk assumes they are, though.

Suppliers might not be able to meet demand — Right now it’s unclear whether or not Tesla’s Chinese suppliers have enough resources to meet the demands of local customers. A number of factors will affect their ability to do so. For example, Tesla was recently able to drop the price of its China-produced Model 3 by 9 percent — a significant enough amount to make the car more affordable for consumers.

Rising stocks are promising — But only if suppliers can keep up with consumer demands. In anticipation of upcoming production needs, the price of many of the Chinese suppliers’ shares have risen by unprecedented amounts. Changzhou Almaden, which supplies the Chinese facility with solar glass, has more than doubled in the past month, while VT Industrial Technology’s shares have risen by more than 66 percent.

Elon is definitely, uh, excited — It doesn’t seem the prospect of unmet demand in China is getting Elon Musk down: at a ceremony at the Shanghai facility today, Musk performed a peak tech-dad dance that really got the crowd going. He’s full of smiles — living for the attention, as always. Elon later tweeted a clip of the dance and called it “NSFW,” probably as a reference to the way he throws off his suit jacket.