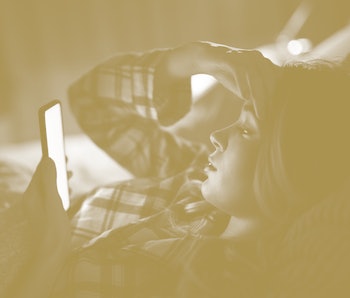 Facebook wants you to think it’s consistently increasing transparency about how the company stores and uses your data. But the company still isn’t revealing everything to its users, according to an investigation by Privacy International.

The obvious holes in Facebook’s privacy data exports paint a picture of a company that aims to placate users’ concerns without actually doing anything to change its practices.

Data lists are incomplete — The most pressing issue with Facebook’s downloadable privacy data is that it’s incomplete. Privacy International’s investigation tested the “Ads and Business” section on Facebook’s “Download Your Information” page, which purports to tell users which advertisers have been targeting them with ads.

The investigation found that the list of advertisers actually changes over time, seemingly at random. This essentially makes it impossible for users to develop a full understanding of which advertisers are using their data. In this sense, Facebook’s claims of transparency are inaccurate and misleading.

‘Off-Facebook’ data is misleading — Facebook’s most recent act of “transparency” is its “Off-Facebook Activity” tool, which allows users to “see and control the data that other apps and websites share with Facebook.” But the reports generated by this tool offer extremely limited detail. Some data is marked with a cryptic “CUSTOM” label, while even the best-labeled data gives no context surrounding the reason it’s included in the list.

Nothing to see here — Facebook’s supposed attempts at increased transparency do very little to actually help users understand what the company is doing with their personal data. These tools come off as nothing more than a ploy to take pressure off the company. Meanwhile, the company continues to quietly pay off massive lawsuits over actual user privacy issues.

Facebook doesn’t care about your privacy — it cares about making money. Users would do well to remember that.