“Customer trust is important to us and we take the security of our devices seriously.” 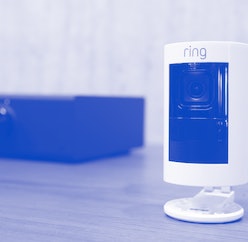 Popular home surveillance device, Ring, is now an easy target for NulledCast hackers, according to Vice.

It sounds like a Black Mirror episode: hackers break into Ring cameras and live-streamed bizarre pranks and recordings of conversations on a Discord channel. Per Vice, the hackers used software specifically designed to validate compromised logins and then used those logins to target Ring cameras in unsuspecting homes. The hackers and their audience are now pretending nothing happened.

Some of the incidents included hackers yelling at a woman to wake up, hacking a Ring camera in Florida and harassing the family with racial slurs, and disturbing a household of three young girls in Mississippi.

A muted response — If your surveillance cameras can be hacked by random mischief-makers, there’s a huge problem. But Ring isn’t exactly known to respond to these cases with any sense of urgency. In a previous statement regarding a similar incident, the Amazon-owned company said only, “Customer trust is important to us and we take the security of our devices seriously.”

“While we are still investigating this issue and are taking appropriate steps to protect our devices based on our investigation, we are able to confirm this incident is in no way related to a breach or compromise of Ring’s security,” Ring added.

Basic solutions — If you’re a Ring user, seriously consider amplifying your security features. The company states as much and it bears repetition: make sure you have two-factor authentication enabled for your account. Don't share login information and opt for Shared Users instead. And make sure your passwords are complex, solid, and known only to you. Your name with a few digits and an exclamation mark isn’t going to cut it.

While these measures don’t guarantee you’ll never get hacked, it’s still remarkably better than roaming around with a weak and exposed password