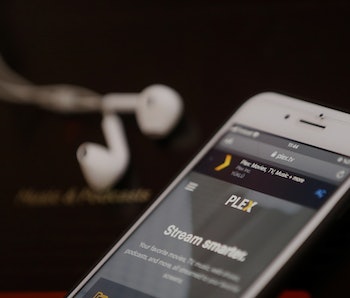 Plex is the latest company up to launch a free TV streaming service. The company is popular for its media server in the cloud where you can stream content you own (or, wink, 'own') from your computer and watch on any device, but its new service called Live TV looks pretty much like a traditional television service, channel guide and all. Plex says Live TV is launching with an initial 80 channels.

Nothing super exciting, yet — Now, these aren't the same channels you can get over the air – there's no CNN or Comedy Central. Plex has instead created new channels with various distribution partners, and they range from broader genres, like one for anime, to channels a bit more specific. There's one channel that just plays 24/7 reruns of Deal or No Deal. The channels aren't technically live either but rather preprogrammed, except a few like the Yahoo! Finance channel which does broadcast breaking news shows throughout the day.

There's been a big emergence of free TV streaming services of late, including NBC's Peacock that launched last week. Pluto is another big free TV service, but that one actually carries existing broadcast channels like CBS. Roku has its Roku Channel hub where it broadcasts free shows and movies. But Plex thinks its service is unique because it comes with all the company's other features, such as DVR and the ability to stream actual broadcasts from an antenna if you have one. It's the most comprehensive way to stream free stuff, basically.

Why is free streaming becoming a thing? — Free TV over the internet is becoming a thing because, simply, there's demand for it. Pluto has more than 20 million monthly active users. Tubi, yet another such service, claims 25 million users. Media companies that already broadcast over traditional airwaves for free reckon they can make more advertising money if they follow audiences where they're going, which is online. Even though Peacock offers a paid subscription, NBC released it with a free tier because most people are likely only going to pay for 2-3 subscription services. NBC can dump its less popular shows on the free tier with advertisements and at least get a little bit more mileage out of it. The best stuff stays behind a paywall.

Plex's channels seem a little weaker than what the other free services have, but again, it's free. If you're bored you'll probably surf through there for a bit, which is probably the hope. Plex’s Live TV is available now for Apple TV, iOS, Roku, Amazon Fire, Android, Android TV, and desktop. The company says that support for smart TVs and consoles is coming soon.